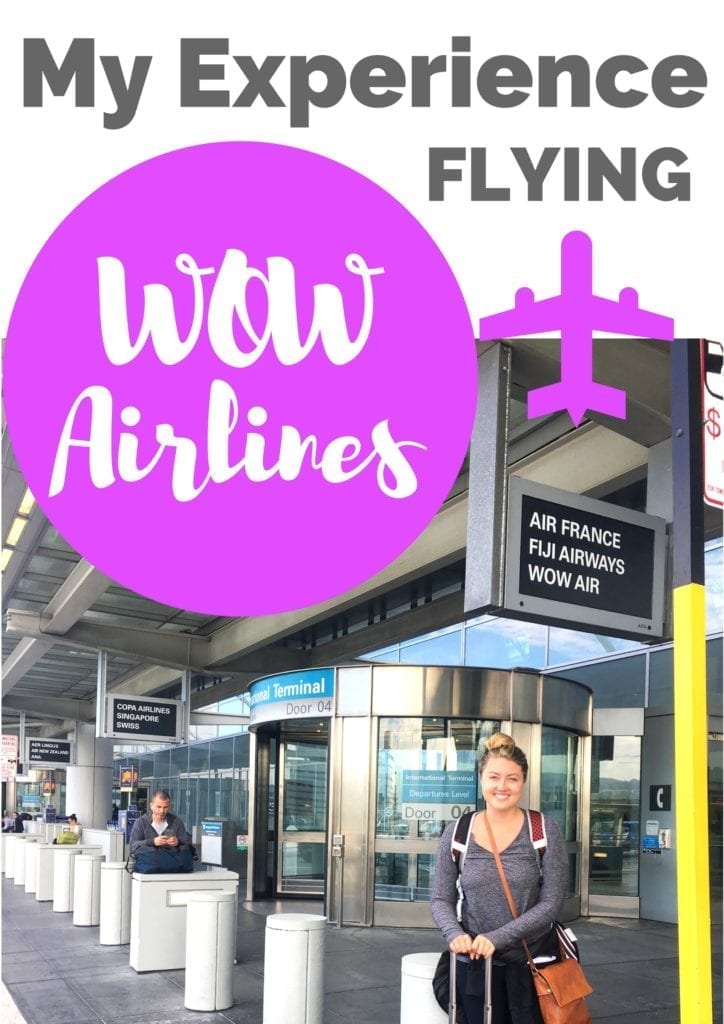 WOW Airlines was the first airline I took to start my trip Around the World  and I had no clue what to expect about the airline. I had heard of it a few times because of their Iceland stopover program and cheap flights to The Netherlands and Norway on Skyscanner. What I didn’t know though, was that it would be my airline of choice to start my trip and that it would only cost me $200 one way from SFO>Iceland. I felt so lucky to find this flight that I had to book it right then! And so my trip started in Iceland! 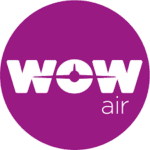 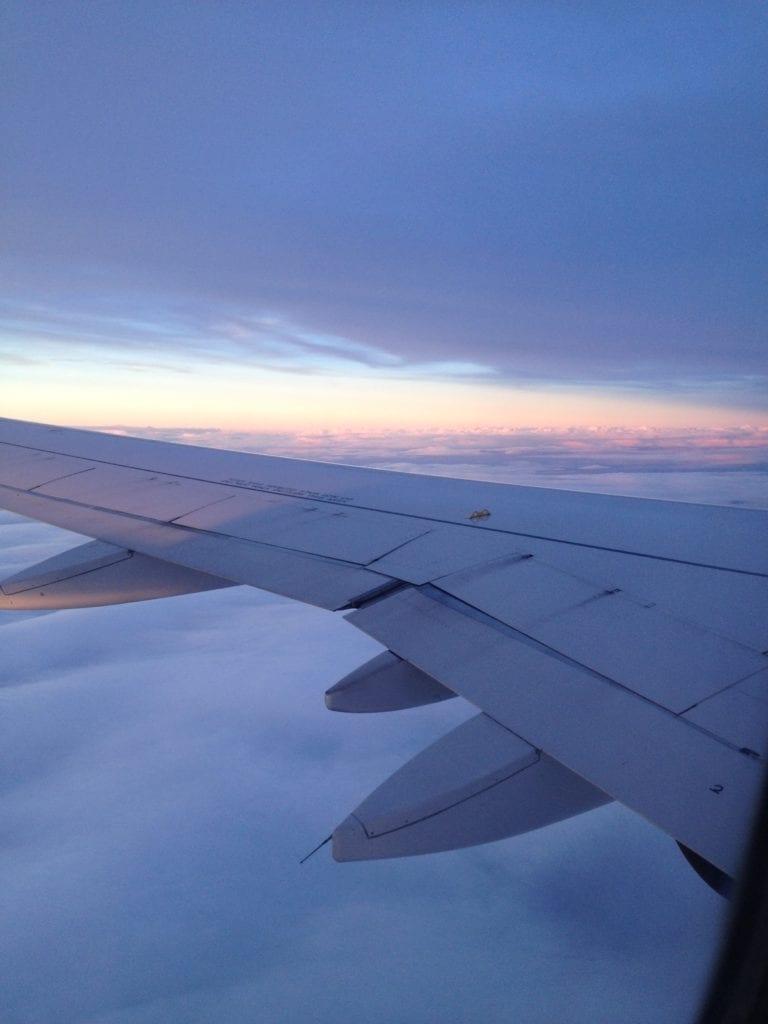 I booked this flight in April of 2016 and took off on my trip in September 2016. The flight from SFO>KEF (Reykjavik) was $200 one way. My other flight from KEF>FRA (Frankfurt, Germany) was $69. I couldn’t believe how cheap it was going to be for me to start my trip in Europe!

Just because the flight itself was cheap doesn’t mean anything else was. On WOW Airlines you must pay for EVERYTHING. May this be your warning.

The cost of the food on the flight was pretty spendy. Here’s their menu. I bought a ham and cheese sandwich because I was starving and it was approximately $9. Not worth it in my opinion. Definitely make sure you buy plenty of food and snacks before you get on the plane. Oh, and bring a huge thing of water because you even have to buy that.

I checked a bag and had to pay $69-79 for both flights. This is where they get you. You are, however, allowed one personal item and one carry-on, but make sure your carry-on is the correct size or you’ll have to pay. Sizes and prices here. You’ve got to make sure that this cost is worth it when you calculate the overall price of your WOW flight vs. the competition. 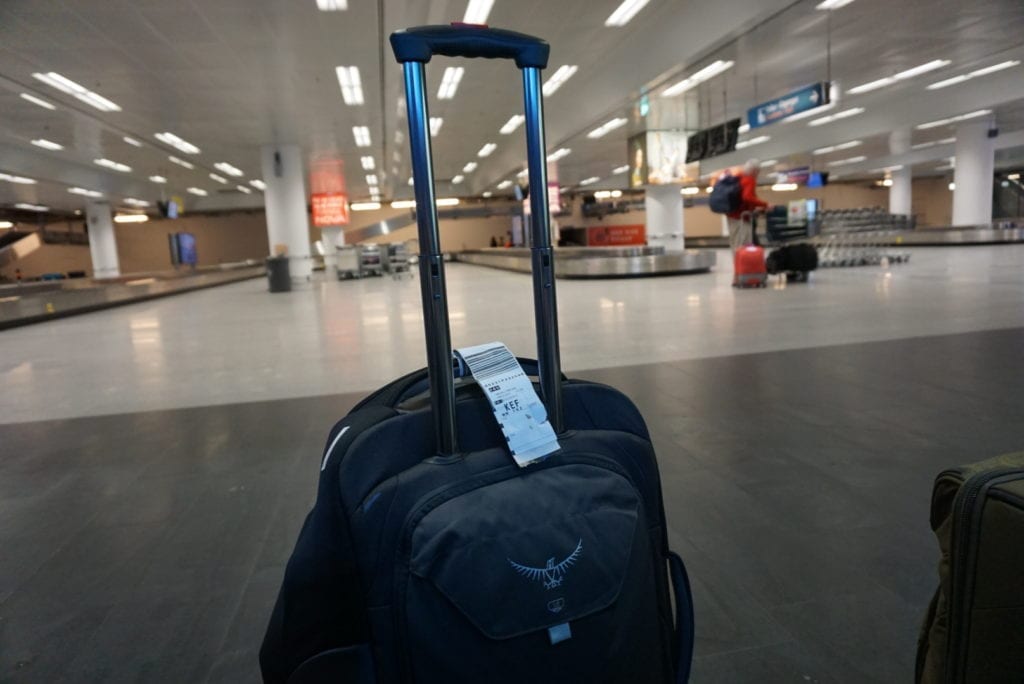 I’ve taken two flights on WOW so far and honestly couldn’t believe how much leg room I had. It was somewhat unreal actually. I’ve flown internationally a lot on well known airlines and the seats haven’t compared. The seats aren’t the comfiest, but they aren’t the worst I’ve experienced. You can also upgrade for a fee to the XL seats if you’d like even more room.

I have had friends who have taken WOW airlines and said the legroom was just standard, but both of my international flights had really great legroom, which is important for me and my long legs.

Another perk of WOW Airlines is that most flights are not full!  The flight to Iceland from SFO was only about 50% full. This was great because I was able to spread out on the long flight. My flight to Frankfurt from Reykjavik was only 75% full and once I again I had more room. 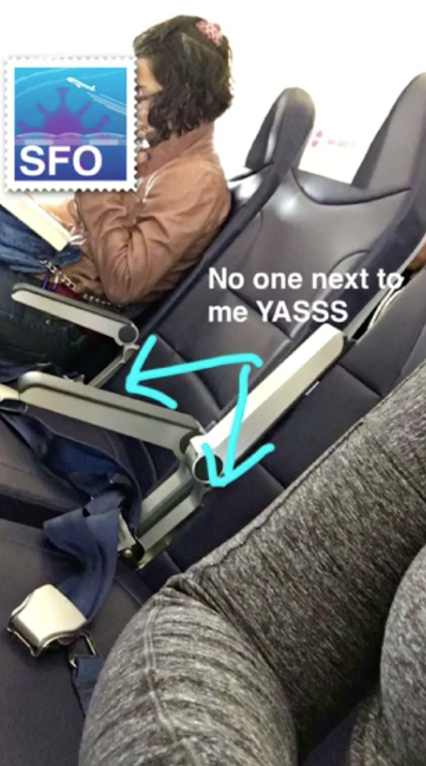 It took me FOREVER to figure out how to put the seat down because they don’t put a button where most flights typically have them on the armrest. Make sure you look under the seat for a little lever to pull. Hopefully you won’t have to be like me and search for it for hours. 🙂

ALSO, be prepared for literally ZERO in-flight entertainment. They don’t have TV’s and they don’t have wifi. Make sure you plan ahead for this and bring pre-downloaded movies or books. Luckily I slept the entire way on both flights. 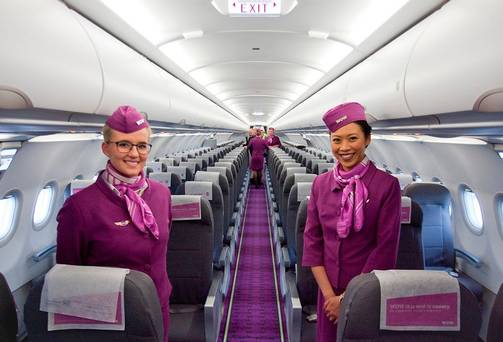 In my opinion, the customer service was great. They were extremely friendly and all spoke perfect English. I even saw one flight attendant make some sort of concoction for a lady who was screaming because her ears were hurting so bad. It totally calmed her down and she was praising the flight attendant. I personally also loved their uniforms and couldn’t believe how beautiful they all were. 🙂 I really felt as if I was flying to a Nordic country!

On my flight to Iceland the flight crew announced to us that we could see the Northern Lights out of our windows! This was the only time I actually got to see them so I was pretty excited and thought that was cool of them to show all of us. 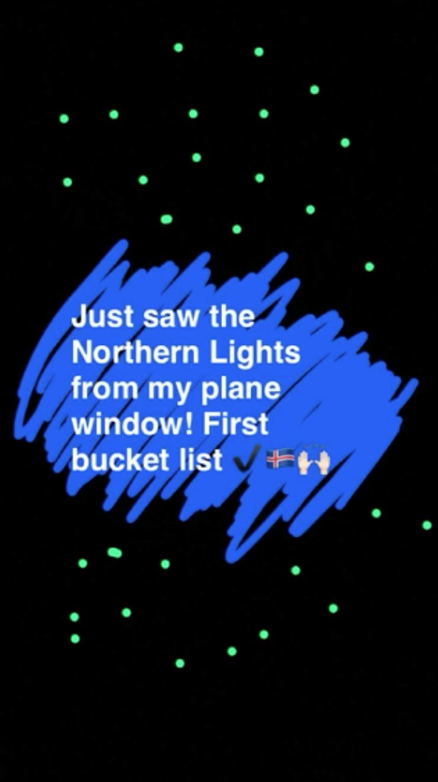 Would you fly WOW Airlines again:

YES I would! The legroom on the plane in general was an A+ for me. I would just recommend eating and purchasing your own food and water beforehand, making sure the baggage fee doesn’t outweigh the overall cost of the ticket vs. other airlines, and making sure you have plenty of in-flight entertainment. In my opinion, it’s perfect for the budget traveler. 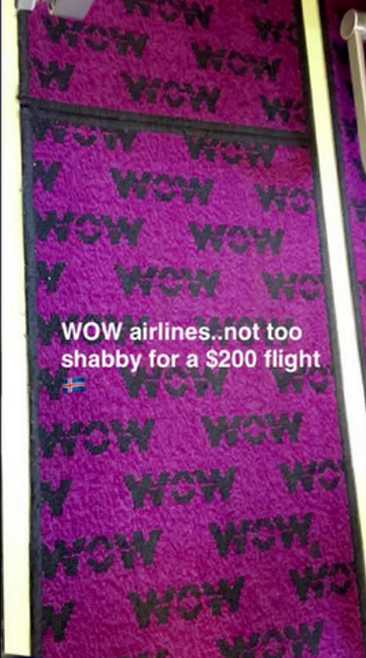 A Perfect Day in Reykjavik Iceland

What to Pack for Iceland in Fall & Winter

Epic Stops I Made on Iceland’s Ring Road