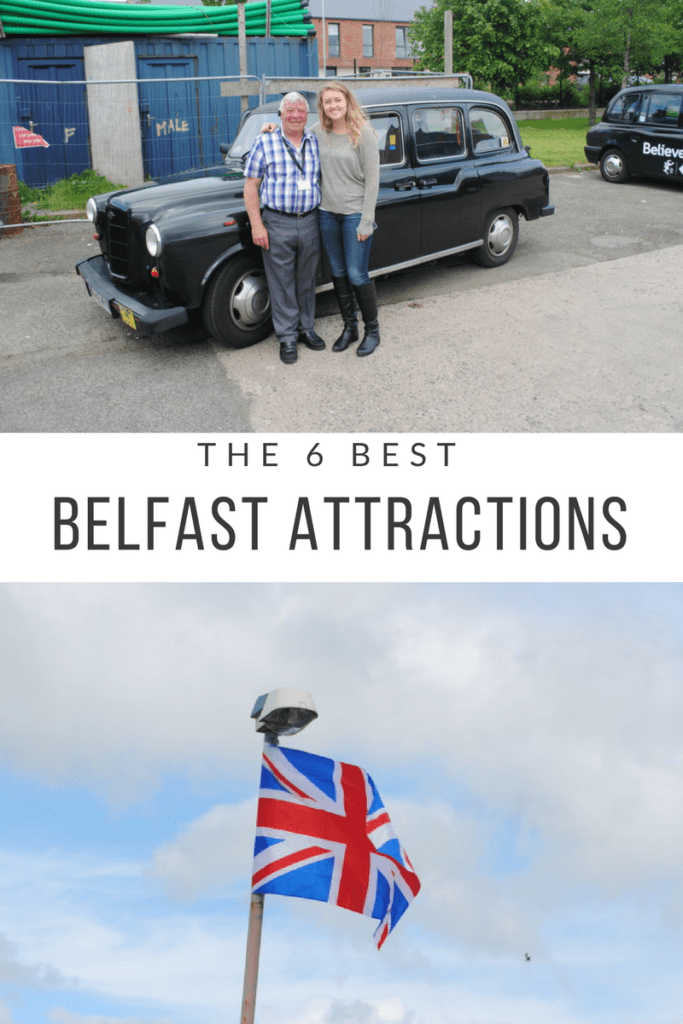 I decided to go to Northern Ireland after a business trip to London and ended up meeting a friend for a long weekend. We decided to rent a car and head to Belfast and travel along the Causeway Coastal Route. I fell in love with the country immediately, but it really is different than Ireland!

Here are the 6 best Belfast attractions that I loved the most!

Belfast is a charming city, with amazing markets, food, and culture. I recommend eating (and drinking) your way around the city, chatting with the locals, and learning as much as you can about the history of Northern Ireland or as what other people in the country call it, North of Ireland or Ulster.

This was voted the best UK indoor market in 2014. You’ll find fresh fish, Indian spices, meats, cheeses, bread and plenty of wonderful food stands to eat from. I recommend trying the Belfast Bap and Soda Bap at Sandra’s Grill! 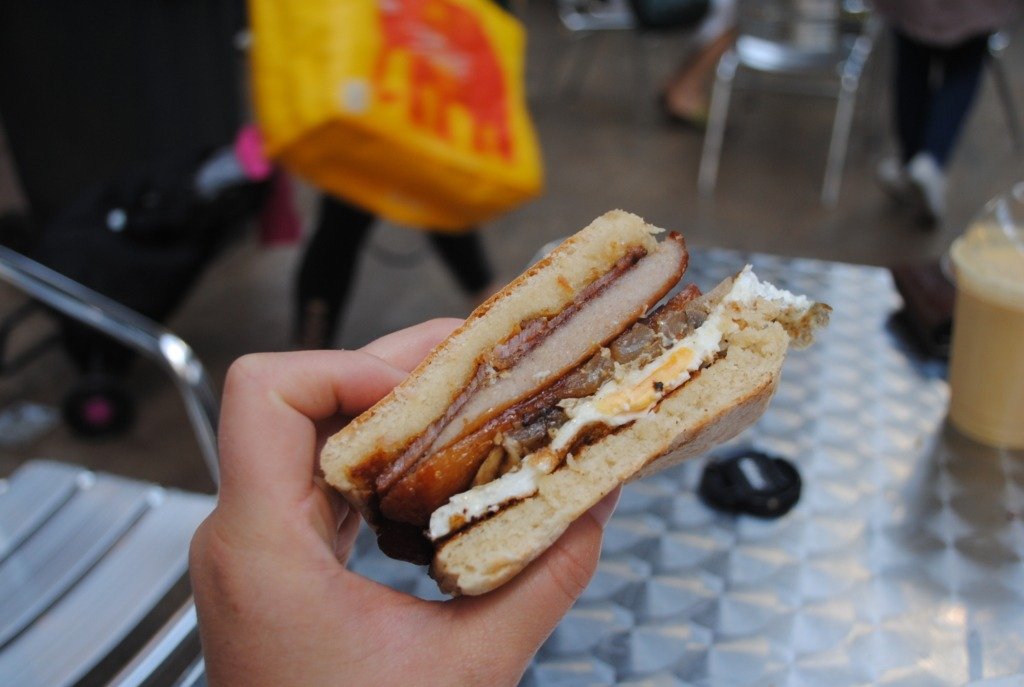 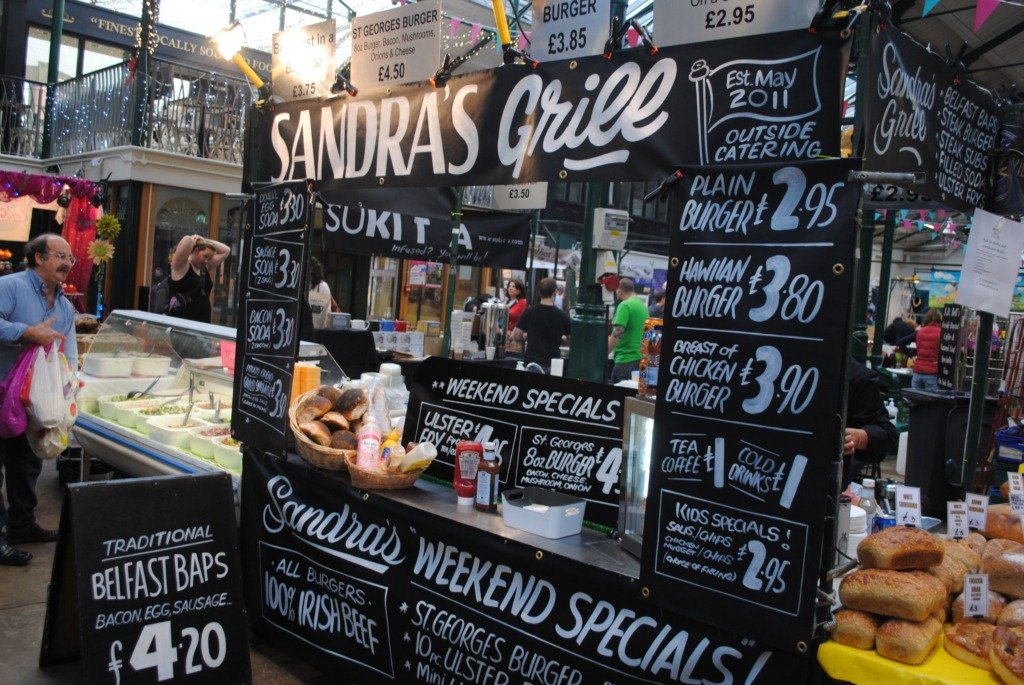 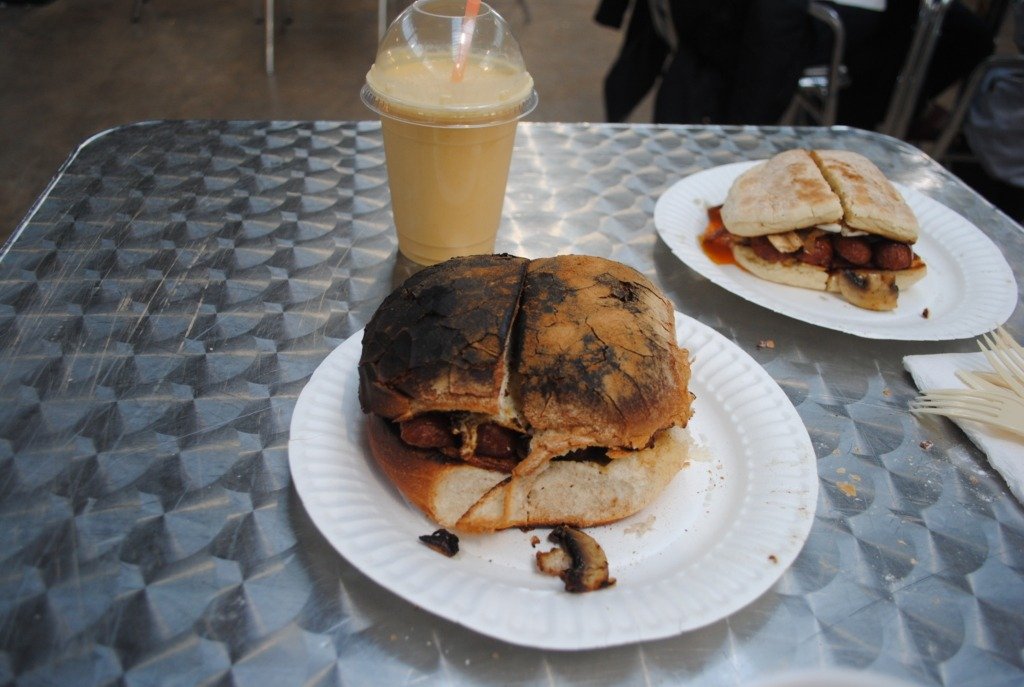 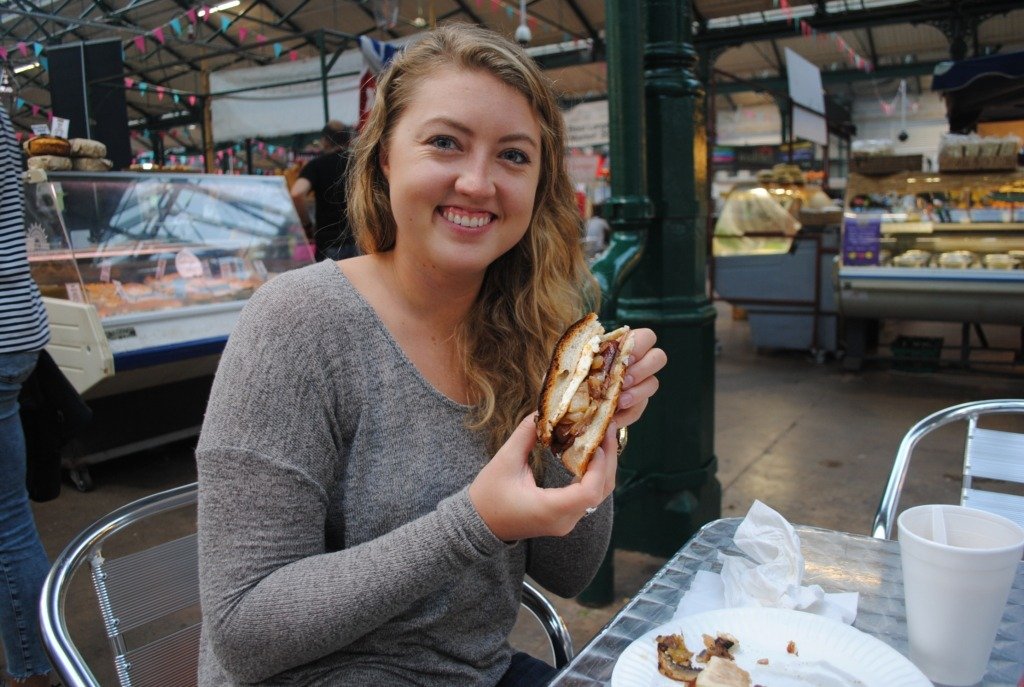 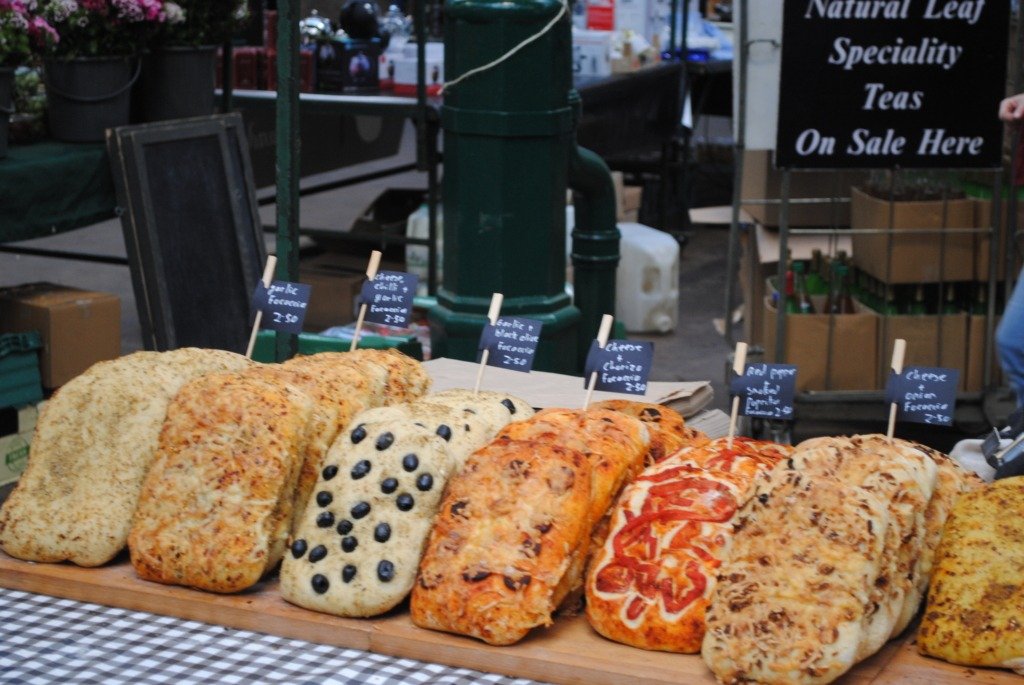 This was a highlight for me! We called last minute to see if we could get a tour in the morning and ended up getting a tour at 10 am that morning. The total tour took about an hour and a half and it cost us £30 total for the 2 of us. We had an older man (I loved him) who grew up in Belfast during the “troubles” when the Catholics/Protestants were getting into major fights.

He took us to all of the walls in the city and we toured around the different areas where Protestants/Catholics live/lived. I was MIND blown. This is something you learn about, but don’t fully understand until you actually go. Our driver actually was Catholic and married a Protestant and was driven out of his home at gunpoint. My taxi to the airport also told me he was in prison for 8 years because he was part of the IRA. 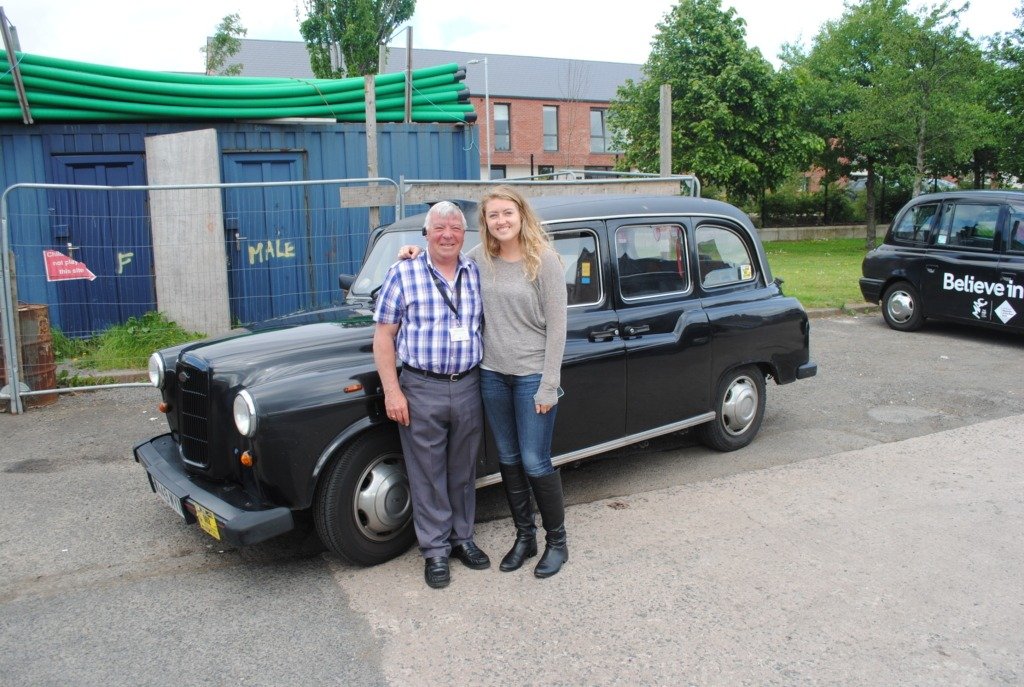 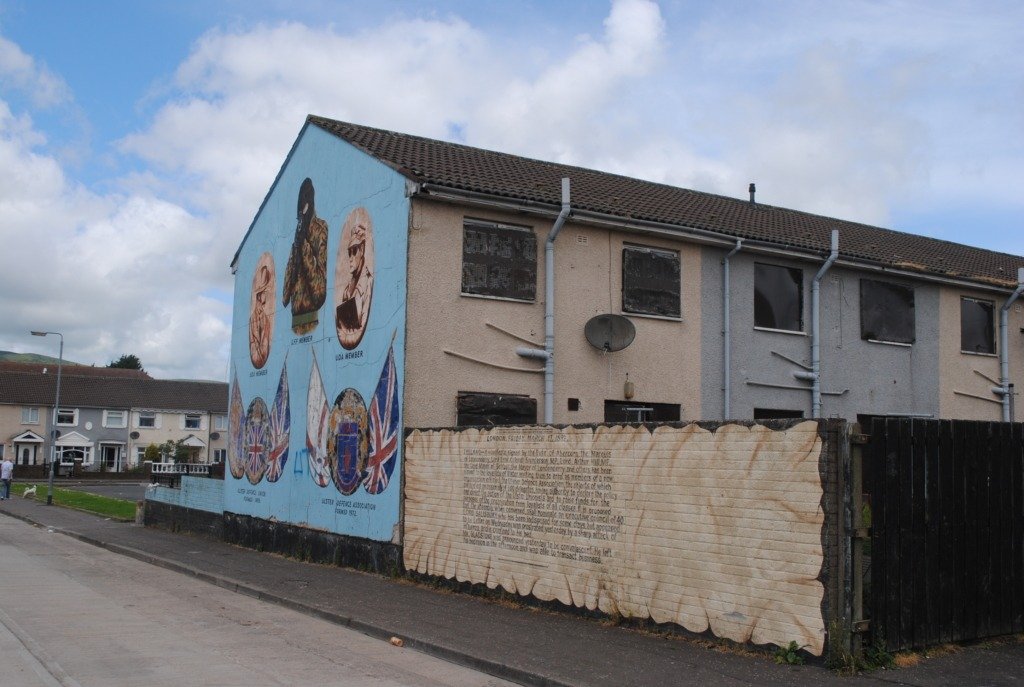 (Protestant only area in Belfast with protesting murals) 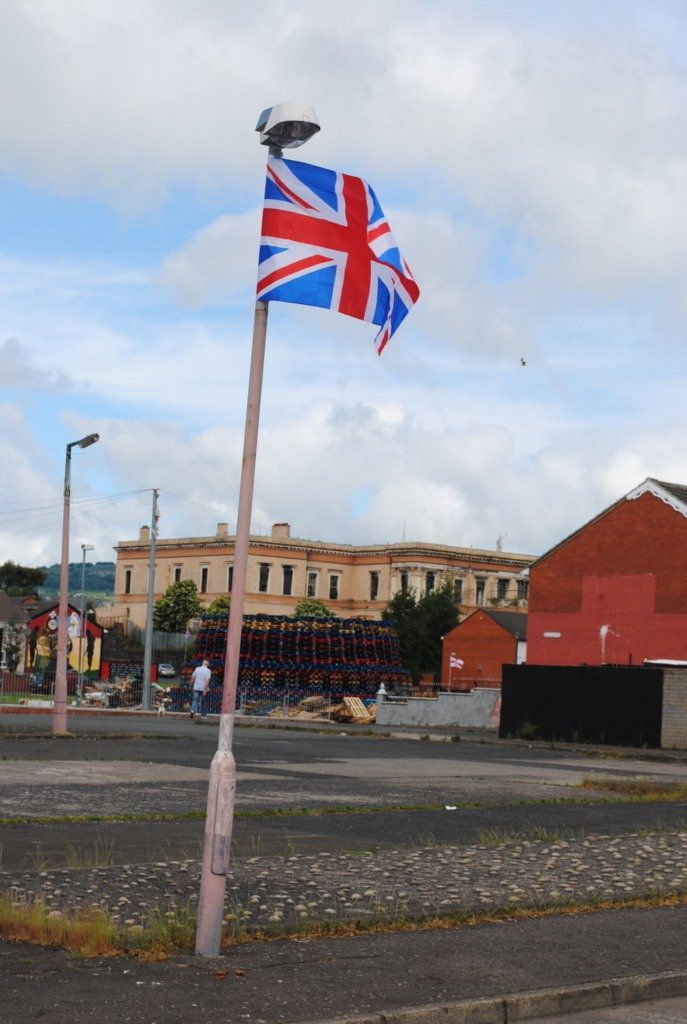 (Protestant side of Belfast. British flags were all over and the they were setting up for a bonfire) 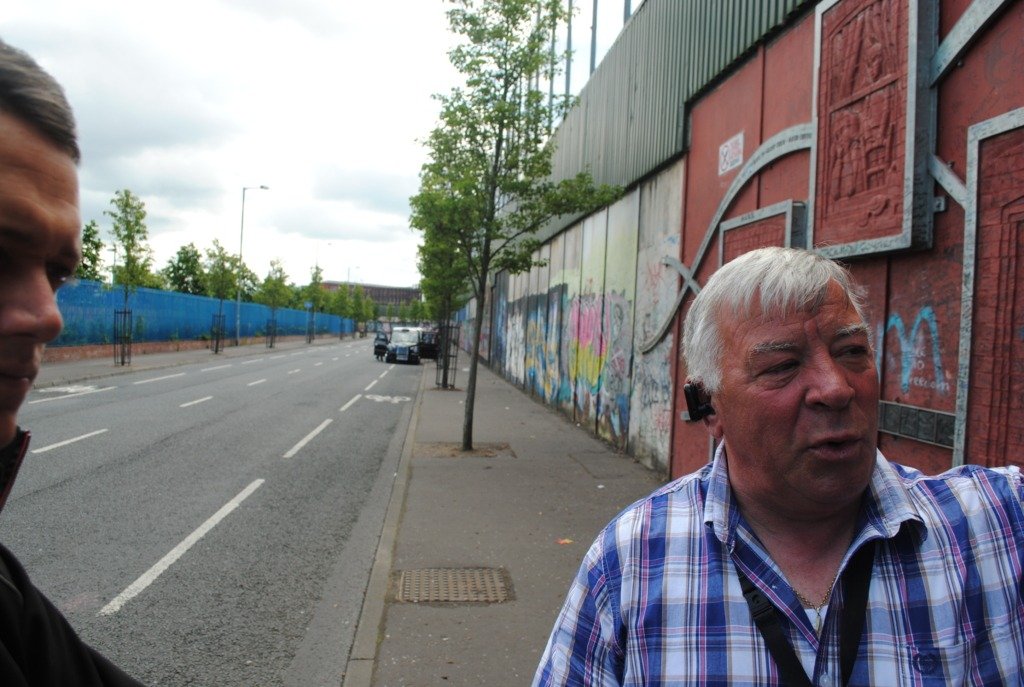 Titanic was built right in Belfast and took off from there. We went to the interactive museum and learned how the Titanic was made, how working conditions affected the people of Belfast, and how building the Titanic affected the economy. I liked it, but I was also tired so I didn’t spend a ton of time exploring. The average tour takes about 2 hours. You also can walk through the shipyard where it was built. 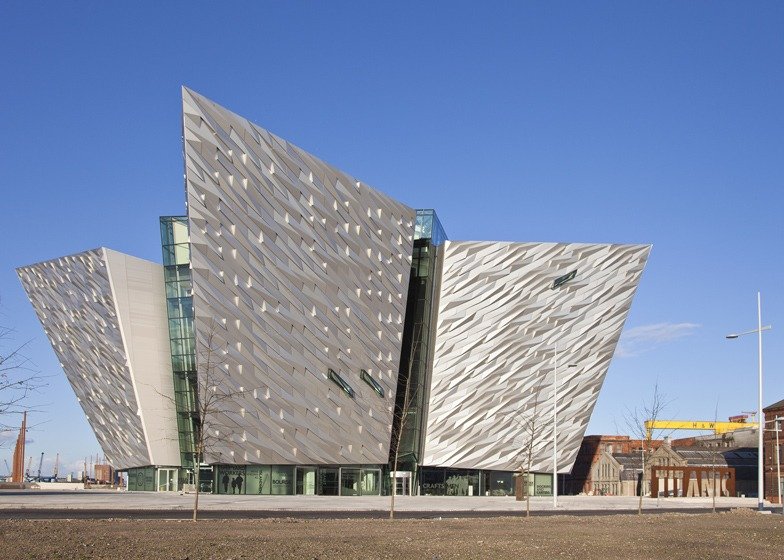 For part of the stay in Belfast I was at a B&B in the Queen’s Quarter which was right next door to the Botanic Gardens. These gardens are beautiful and calming when you want to get out of the hustle and bustle of the city. Worth a quick walk around to work off your full Irish/Ulster breakfast.

Right in the center of the city where a lot of history has been made. Sometimes protesters – Protestant/Catholic (these are older terms that they don’t use as much anymore) will come here to wave their flags and protest for their particular sides. 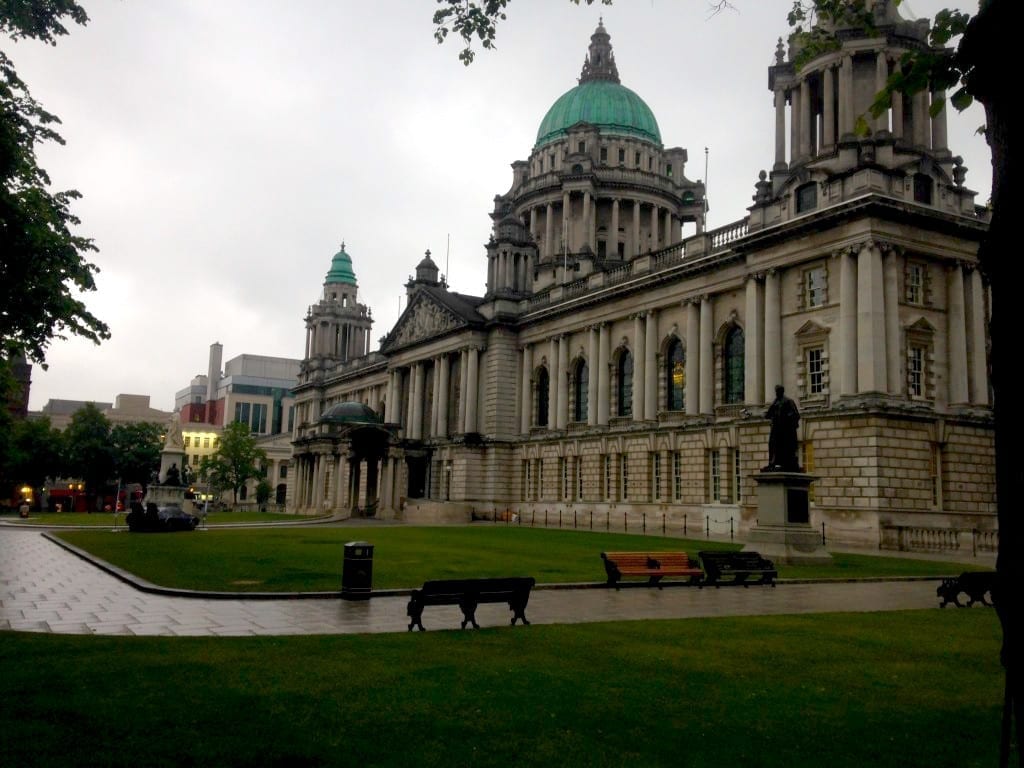 This was our favorite pub/restaurant with amazing bites and great food. We enjoyed the new and hip vibe mixed with the old Belfast charm.

We stayed at Malone Lodge and found it to be the perfect spot! The rooms are a really good price for the quality and it’s an easy walk to most of the Belfast attractions.  We had a rental car and the street parking outside of the hotel was extremely easy because the hotel is located on a residential street.

The Ultimate 2 Week Ireland Itinerary
3 Days on the Causeway Coastal Route in N. Ireland
Dublin Like a Local
20 Reasons Why You MUST Roadtrip Through Ireland