Diaries from Around the World: 3 Months 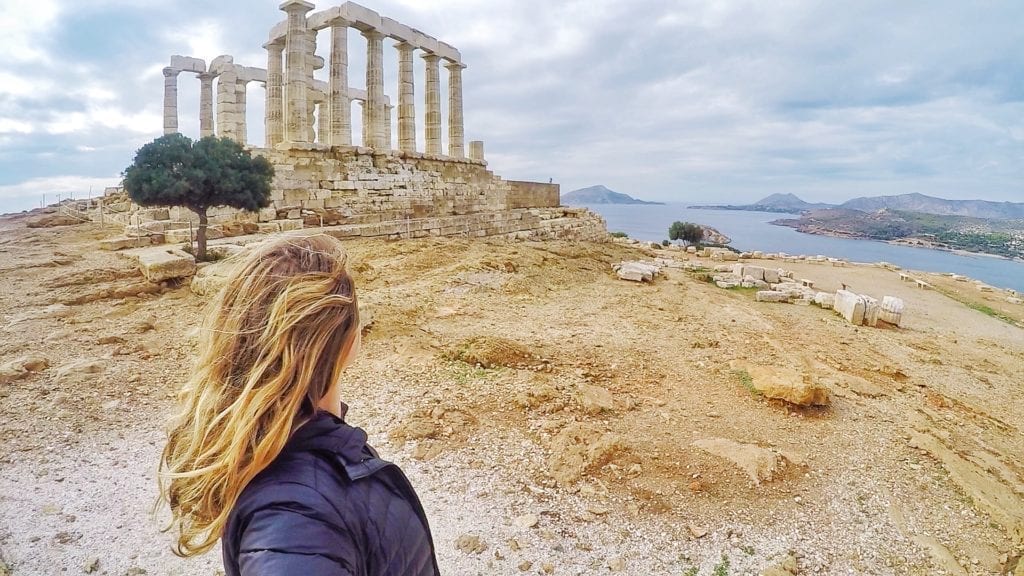 Diaries From Around The World: 3 Months

Wow….crazy it will be 3 months on the road in about 5 days. I’ll be celebrating in Istanbul! And yes I’m aware of the terrorist attacks and yes I’m planning on staying safe in case you’re worried or wondering… 🙂

Beware of typos and misspellings…

So just to backtrack a bit in case you missed my last few posts: 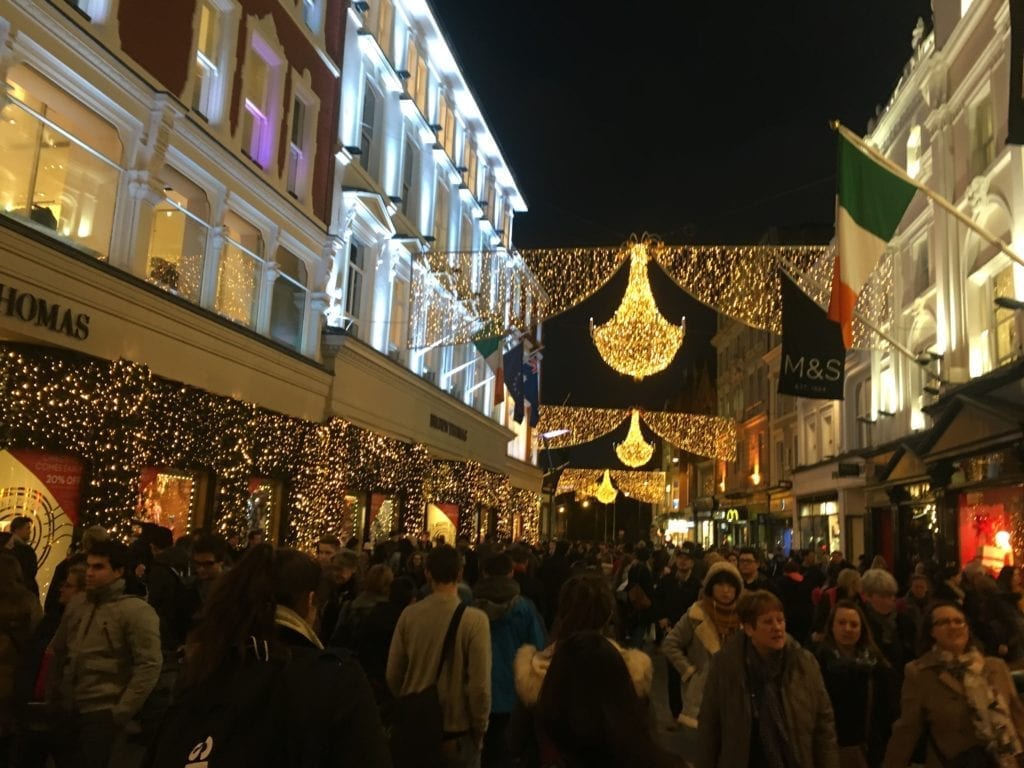 I left my friends Shay and Kurt after an AMAZING time in Dublin. I had the best time recharging with them. We went to  Glassdoor’s (my old company) Dublin Thanksgiving party which made me feel like I actually had a Thanksgiving and that was super special to me! I also had Shay and Kurt take me to all of their fave Dublin restaurants and they did NOT disappoint. I’m trying to get them to write a blog post for the blog to share because they know of some amazing spots. 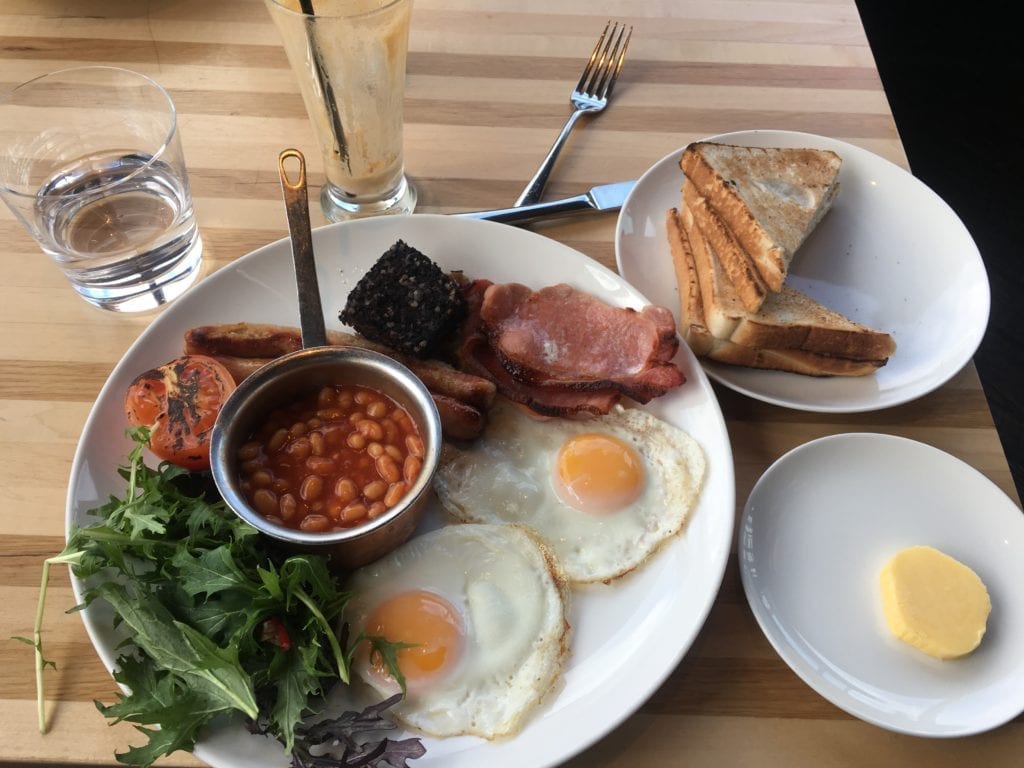 After hanging out for a bit in Dublin I booked a flight to Berlin. This was mainly so I could go to Christmas markets and feel like I had a Christmas :). Well, Berlin seriously blew me away and quickly became my favorite city in Germany. I couldn’t believe how cool it was. After coming from living in a city for 5 years it makes me really appreciate a good city. The location I stayed in was incredible and the restaurants, cafes and bars were all really great. Lots of cheap options and food from all over the world. 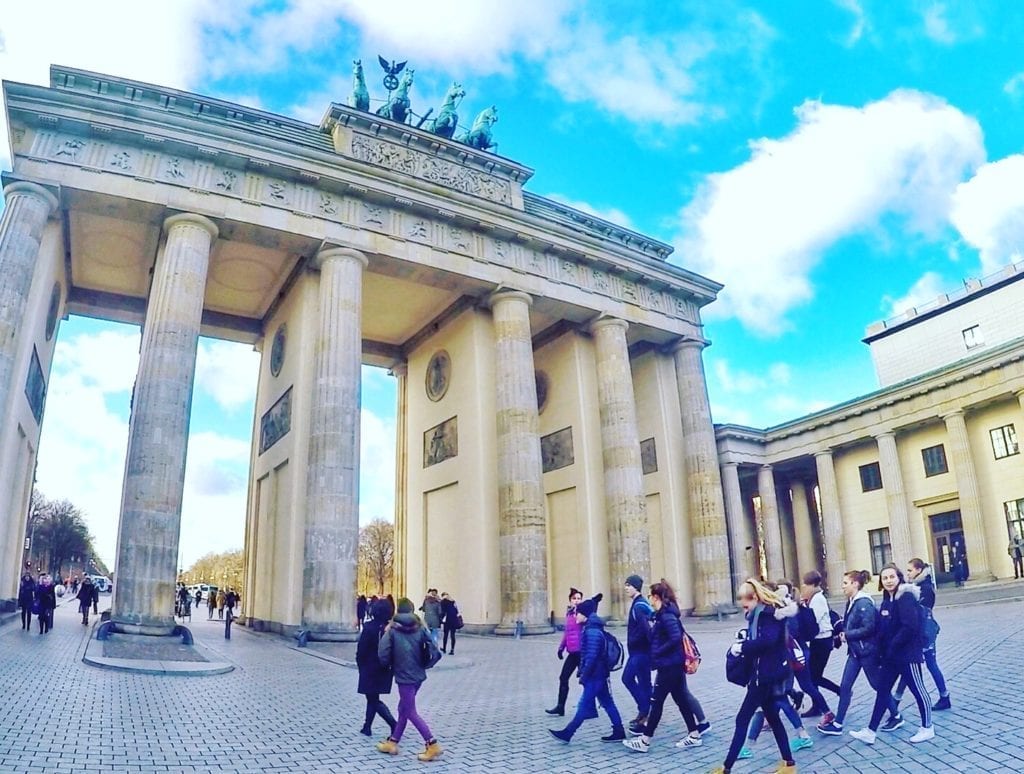 The history of Berlin really got to me, but so did the art scene.

Berlin has a very unique vibe from other cities I’ve visited and it was very much alive!

My hostel was very hotel-like and I was the only girl in a 10 bed mixed dorm for the majority of the time. (Don’t worry mom and dad it was totally fine and I made friends!) 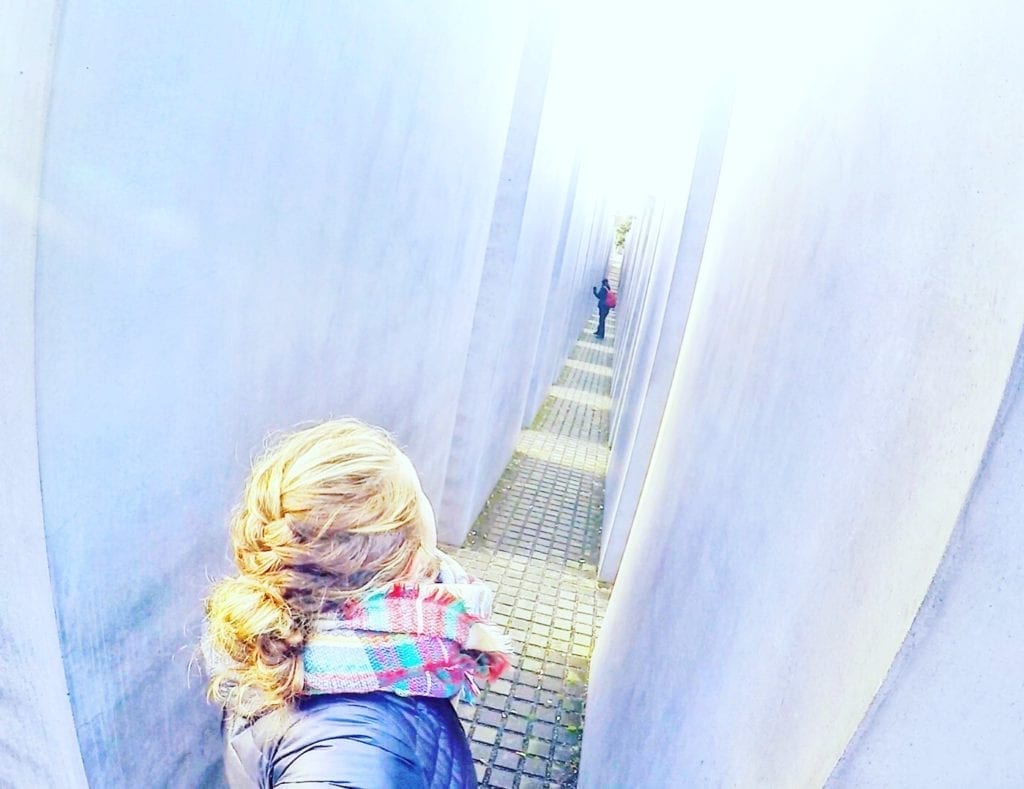 One of my favorite things in Berlin was the free walking tour.

It’s a MUST do if you go to Berlin. I also highly recommend the Topography of Terror museum (free), Hackescher Markt, Otto’s Workshop for the Blind museum (free) and the German Museum. I also went to 7 Christmas markets!! My favorite was the Gendarmenmarket. OBSESSED! I had lots of mulled wine, crepes, soups, sausages and kaisershmarrn (my fave Austrian dessert). 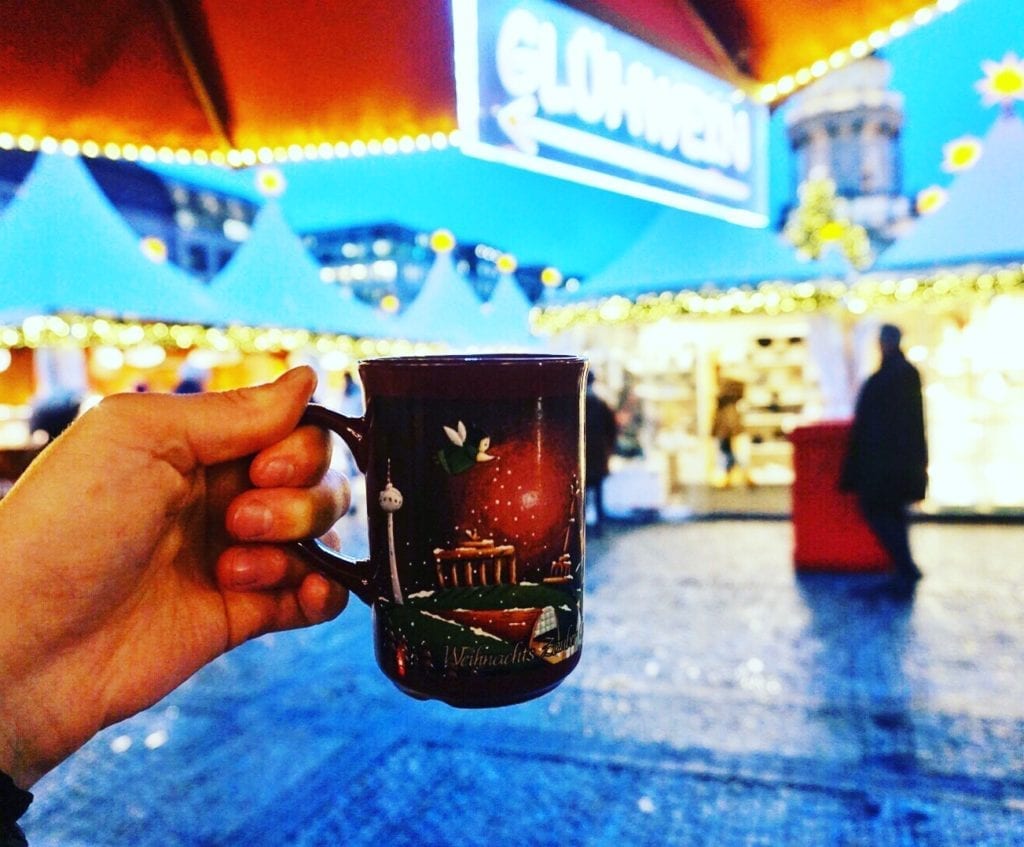 I also met a guy from NYC who lives in Tel Aviv and we went out on a pub crawl. The pub crawl was super lame, but it was fun to make a friend from Israel that I can meet up with when I go in a few weeks! Shout out to Michael for hanging out with me and especially for eating kebabs with me at 4am. 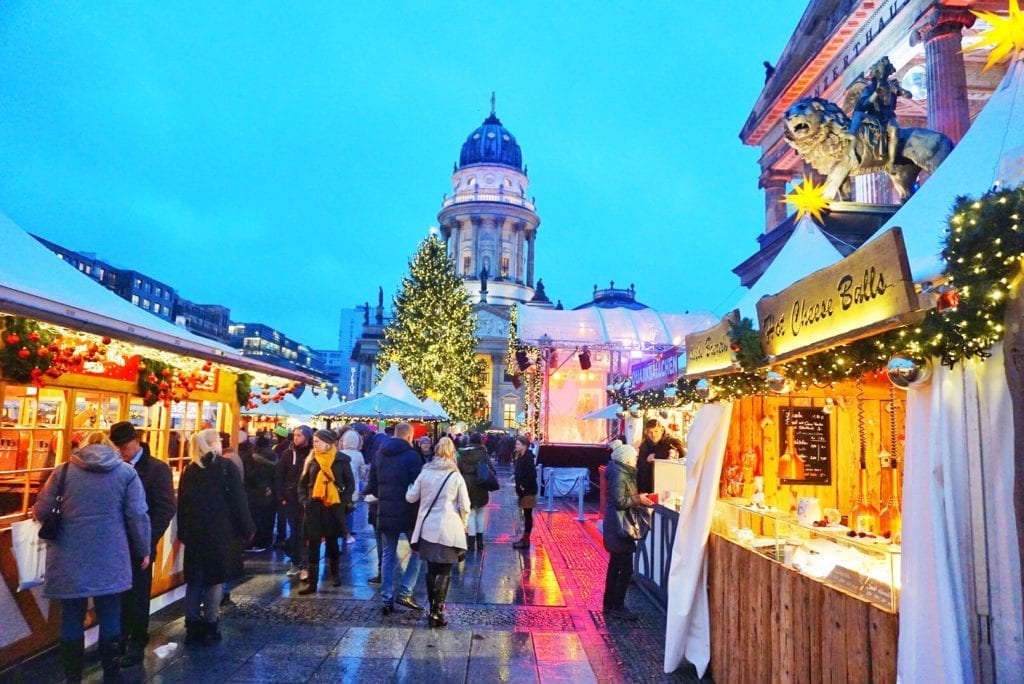 After my first day in Berlin on the walking tour I was FREEZING. It started to get really cold in Berlin and I ended up under my covers in the hostel shivering for 2 hours. brrrrrr…  Everyone in the hostel was freezing even though the hostel was warm and had a good heating system. No one could warm up after such a cold day! I was so over the cold by then that I looked on Skyscanner to see where I could go that was warmer than here. 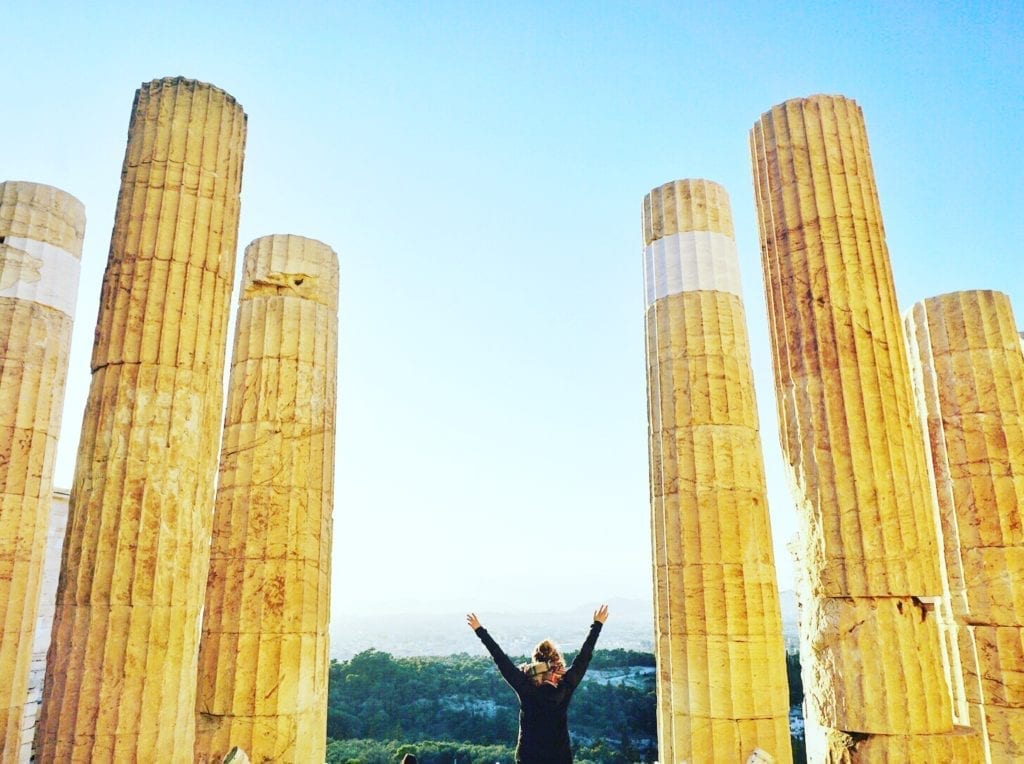 I found a flight to Athens for 11 euro.

Greece was NOT in my plans at all as I was planning on doing more of Germany like Hamburg and Cologne and going to more Xmas markets, but the fact I was so cold and it was getting dark earlier ruled over everything. So, I booked my flight and Athens was the next stop after about a week in Berlin. 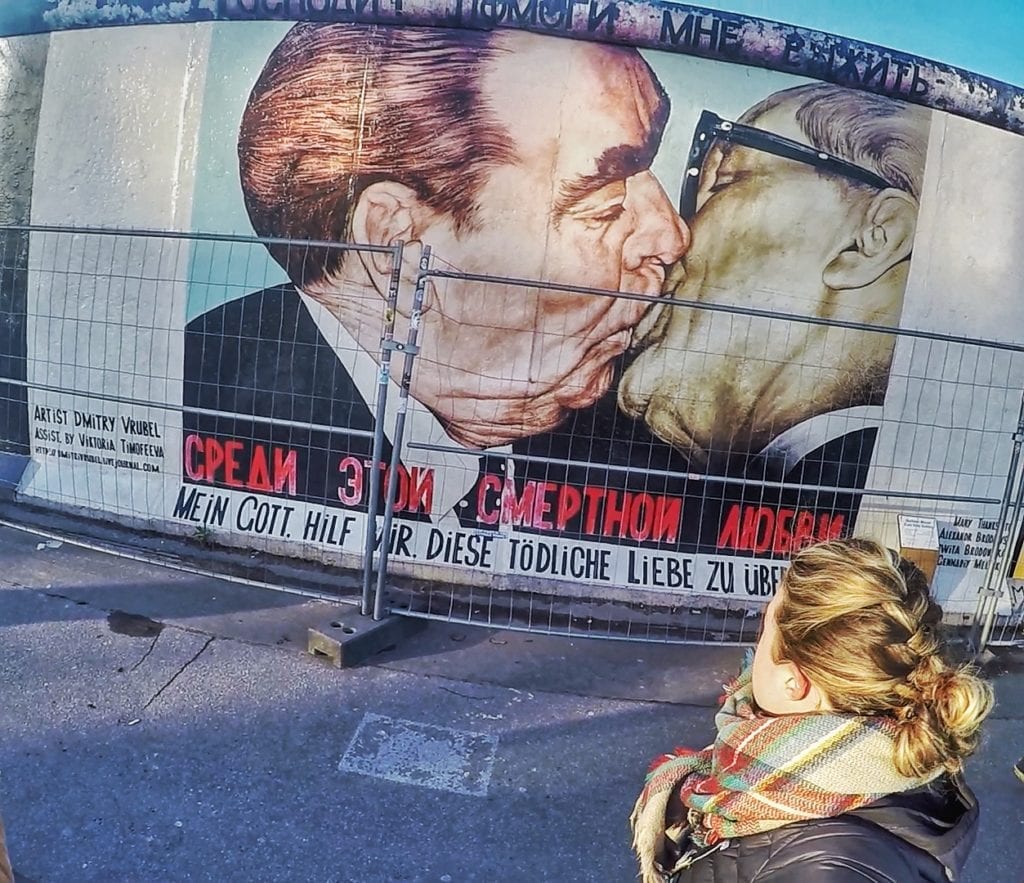 Getting to Athens was funny because my flight was at 6am. I guess that’s what you get when you pay 11 euro. I had to basically leave for the airport at 3:30am on a Saturday night. Everyone around me was drunk and it was sorta funny being sober watching everything go down. 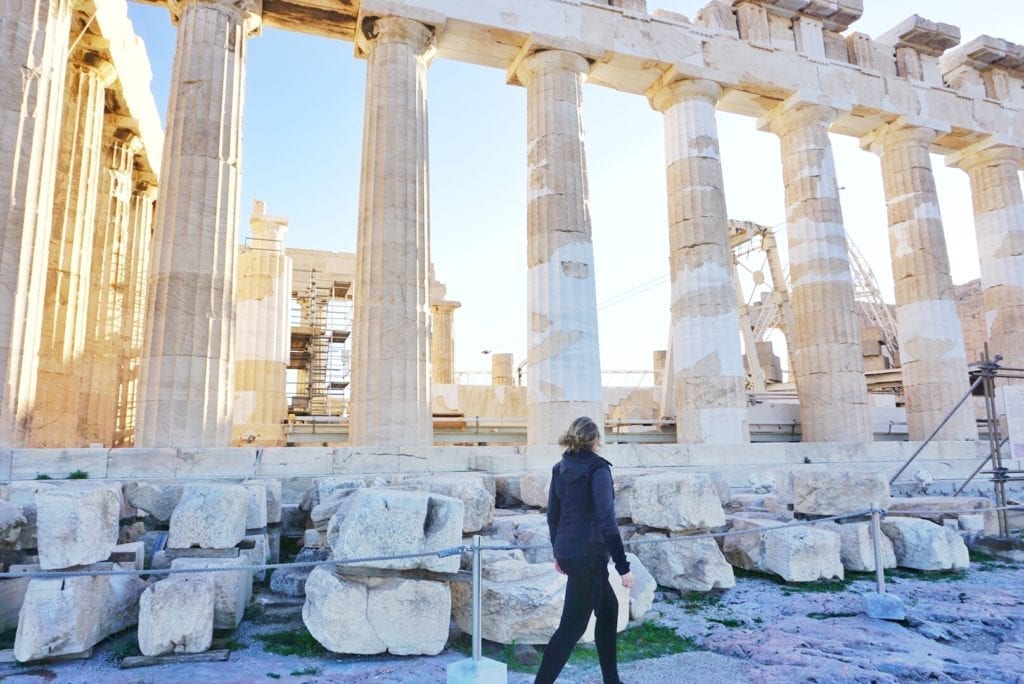 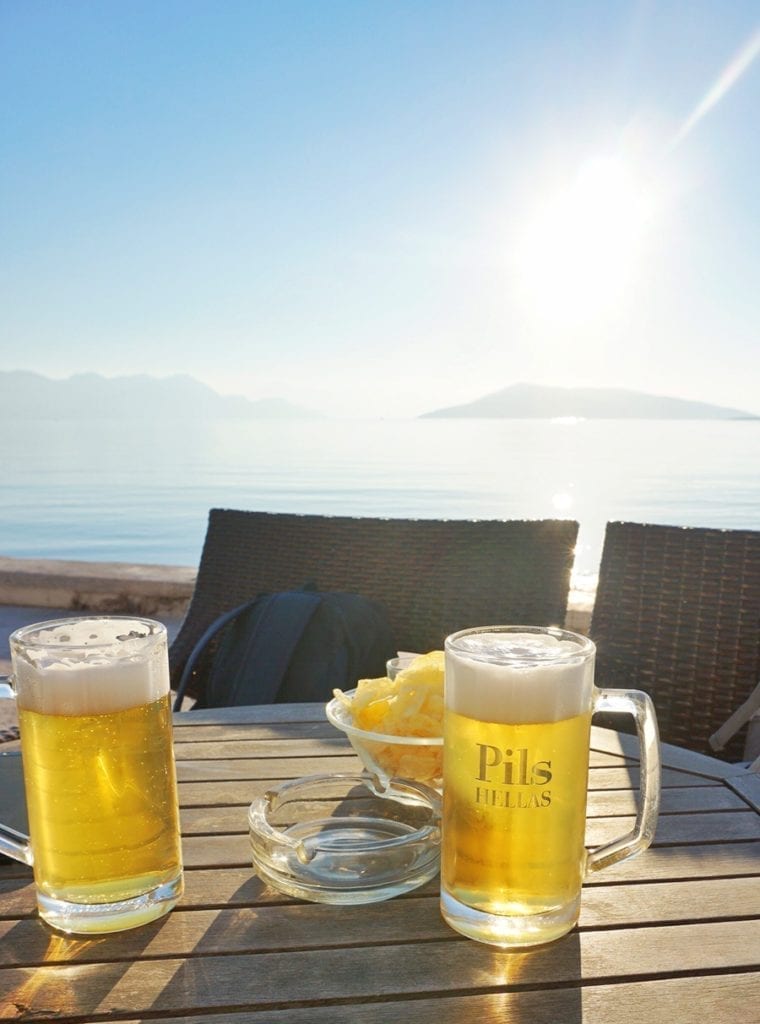 I got to Athens around noon and as soon as I stepped off the public trans to my hostel I looked up and saw the Acropolis. It was UNREAL and I knew I made the right decision to come to Greece. The weather was also unreal and I’ve been very, very much enjoying myself. 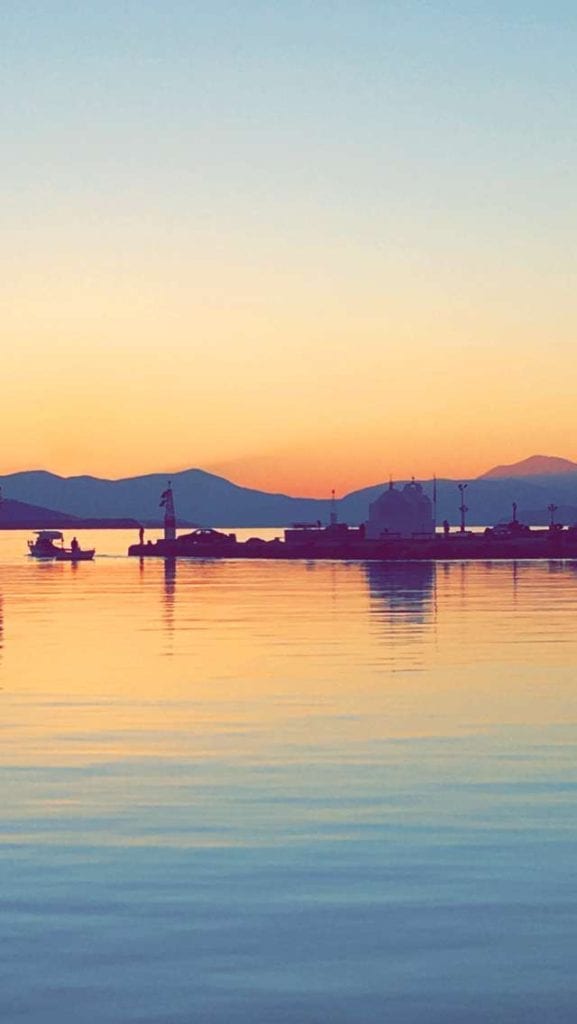 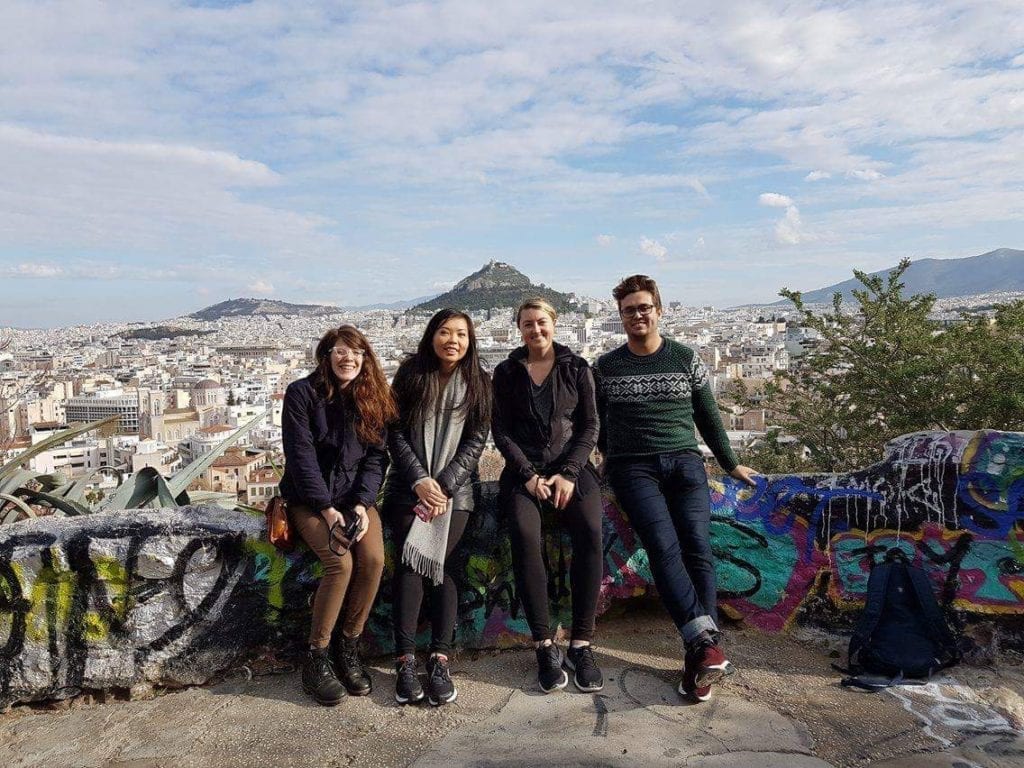 Right after I checked into my hostel, I went to get a greek yogurt and sat outside by myself.

All of the sudden an old Greek man came up and spoke Greek to me. I told him I only spoke English and he asked where I was from and if I wanted to join his friends for a coffee and yogurt. At first I wasn’t sure but I did anyway and had a great time. They told me things to do in Athens and day trips to take. They told me the best islands to go to and paid for my yogurt and coffee. It was really nice and a great way to be accepted into Greece. This kind of thing happens when you travel solo because you are much more approachable. 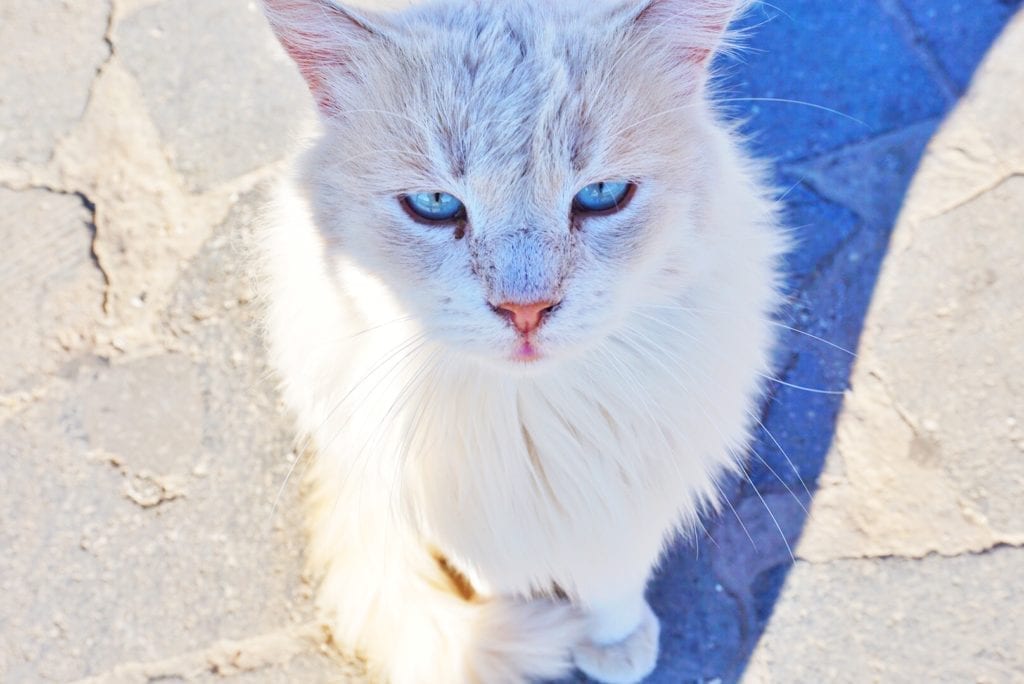 Another cool thing that happened to me was that I met Mikael from Iceland in Budapest.

We both found out we were in Prague at the same time and that each of us were traveling long term and both heading the same direction. I REALLY wanted to travel to Israel, Jordan and Turkey, but REALLY wanted to find someone to go with. I didn’t necessarily want to go alone.  Mikael said he was heading that same way en route to SE Asia so we agreed to travel along together! 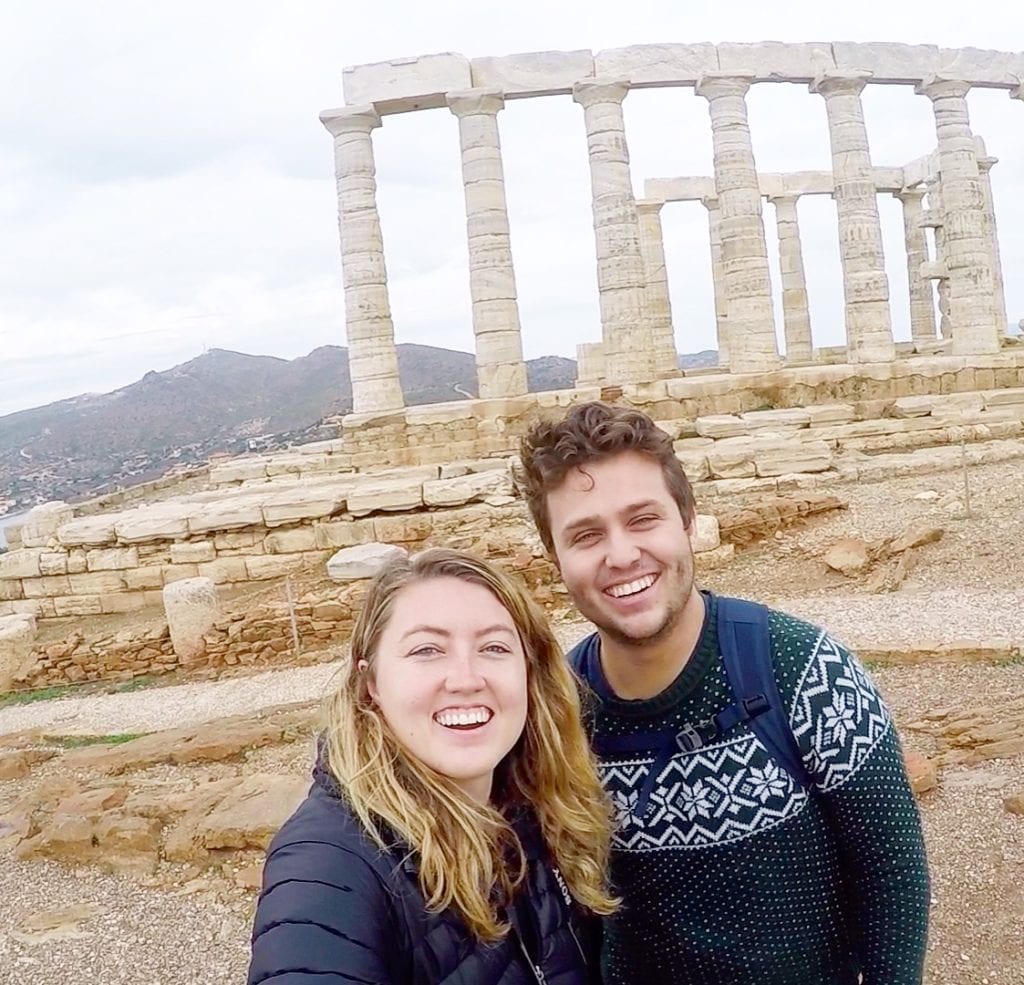 Anyway, Mikael ended up meeting me in Athens and we have been travel buddies for a week so far. We stayed in Athens for about 5 days and have done sweet day trips alongside seeing the Acropolis, Parthenon etc. BTW this time of year is great to see all of the monuments because no one is there! One night we even snuck in to the Olympic Stadium to see it at night! Our tour guide told us we could do it and so we brought wine up and hung out at the top. It was definitely a highlight of the trip. 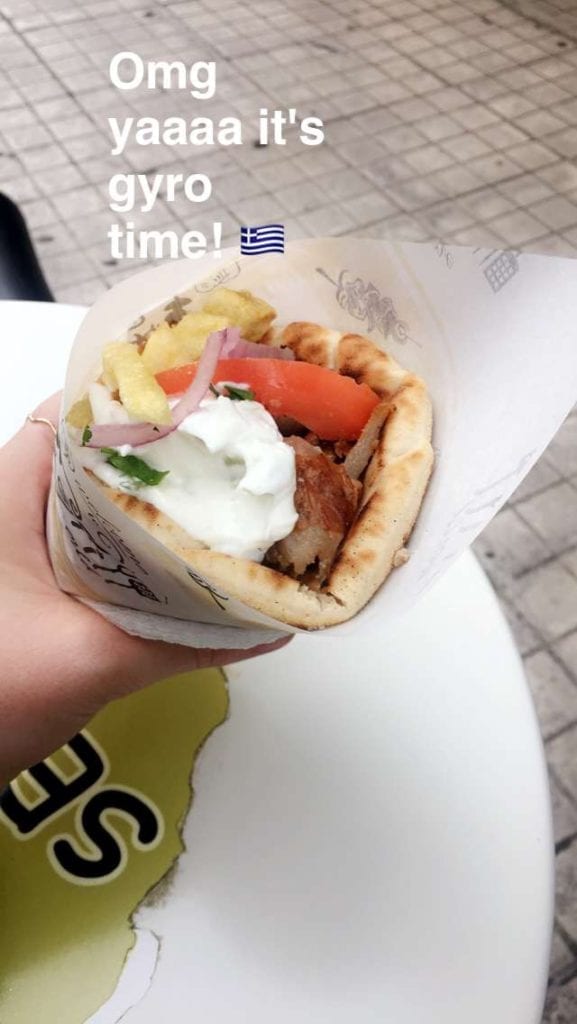 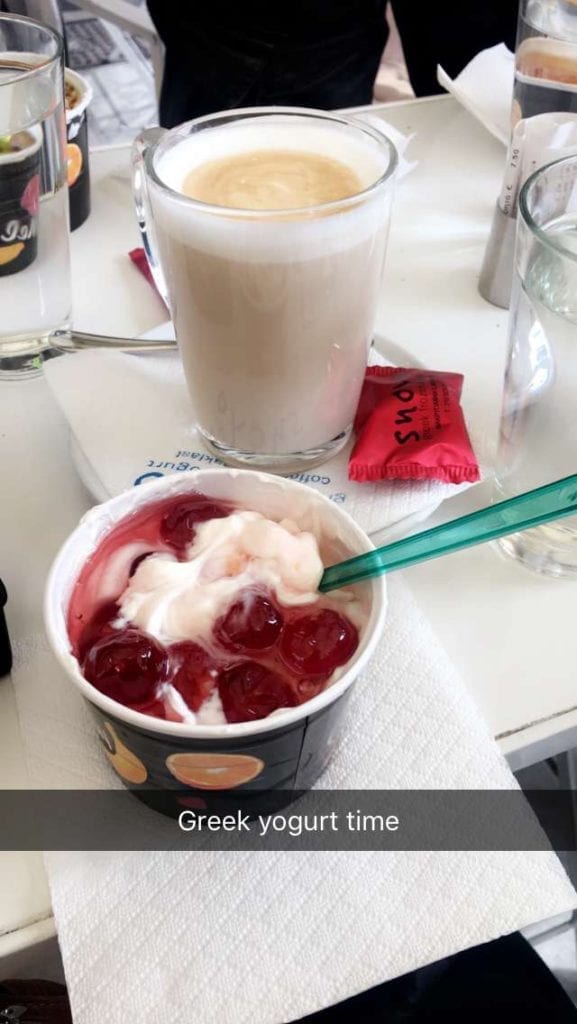 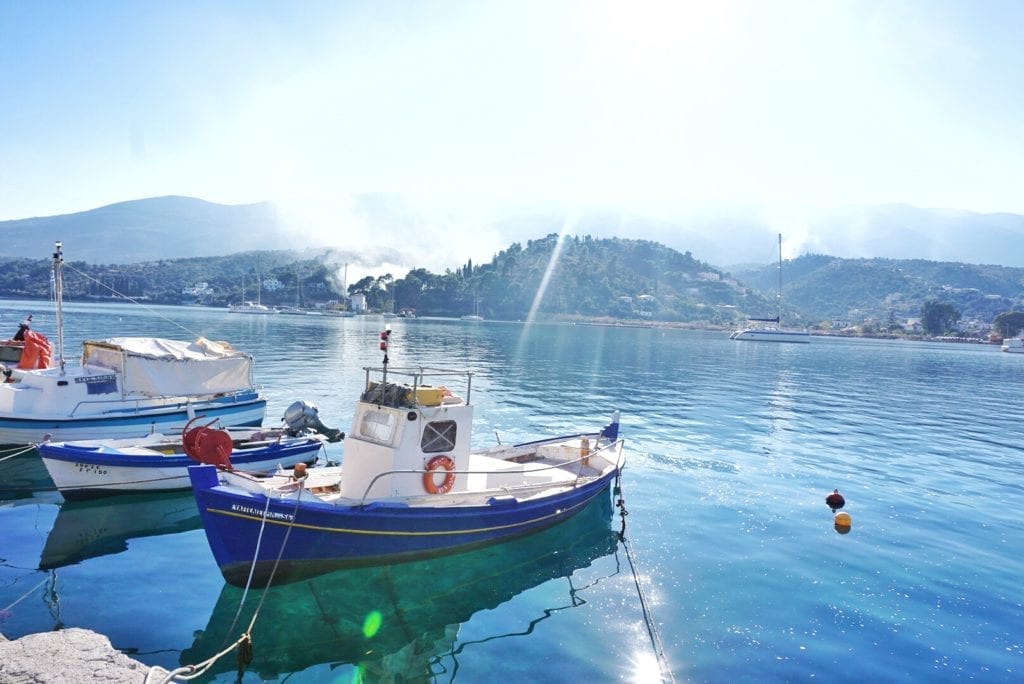 Our first day trip we went to the Temple of Poseidon and then the 2nd we went on a day trip to 3 Greek islands.

It was fun to see since we weren’t actually going to the popular ones like Santorini, Mykanos (saving those for summer). We went to Hydra, Aegina, Poros and they were beautiful! I’m so glad we did it. 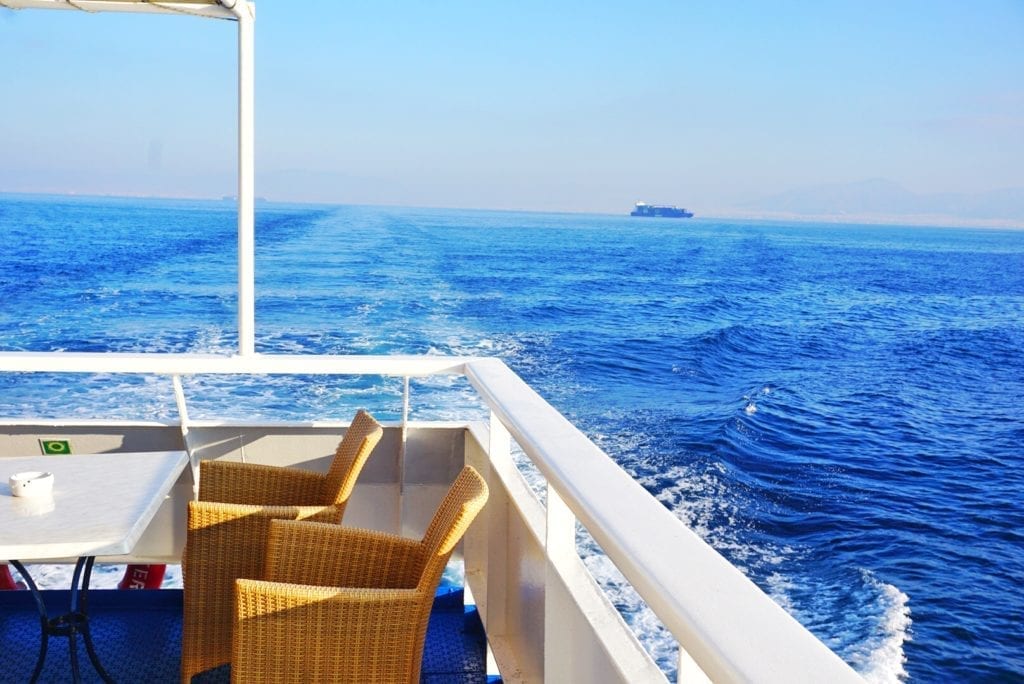 The last few days we’ve been making our way to Thessaloniki, Greece (Greece’s 2nd largest city). We first stopped in Delphi which is home of the ancient oracle that all the Greeks considered the most sacred location in the mountains. It was BEAUTIFUL and about a 3 hour bus ride from the Athens. The ruins were incredible and it’s so amazing how advanced they were back in the day. 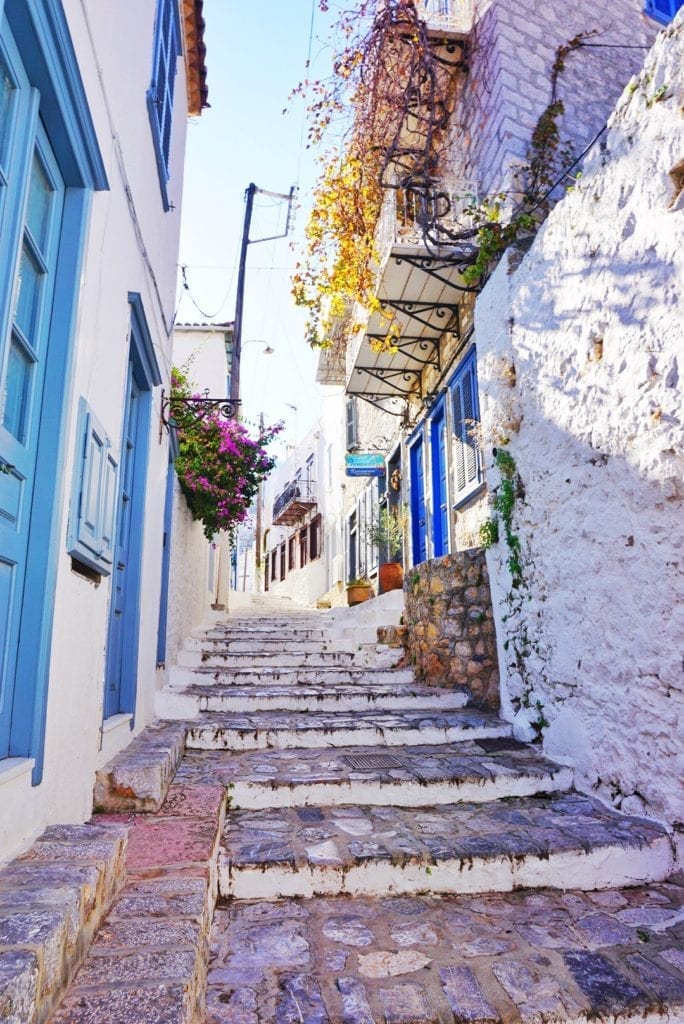 After Delphi we took a bus and train to Meteora.

Now this was AMAZING. All I can say is GO here and just look it up on Google maps. Think: massive rock formations with monasteries on the top. It was something out of a movie and every other corner you got a different view. 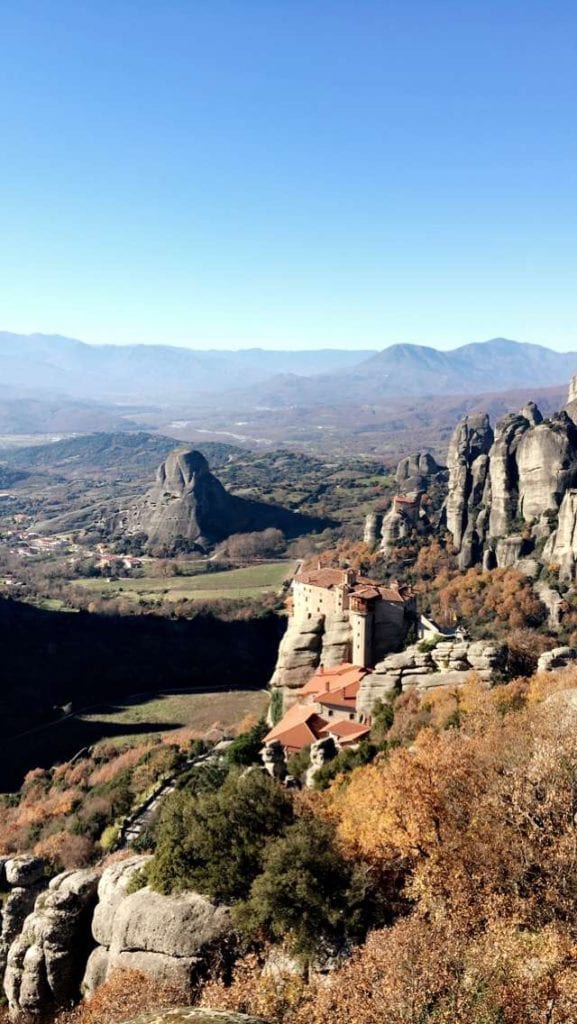 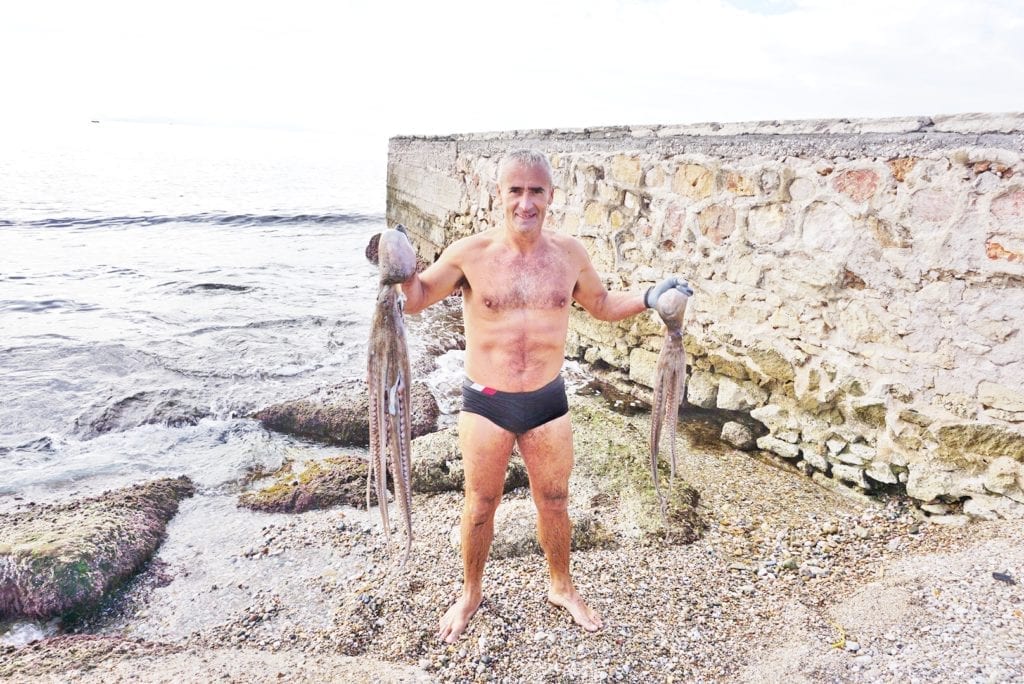 After Meteora for 2 nights we made our way to Thessaloniki where we currently are.

While in Meteora I decided to apply for my Turkish visa. I’ve been back a forth for a while on if I should go to Turkey or not based on the USA travel warning and terrorist attacks. I booked my visa anyway after meeting a few Turkish people on my trip and having met tons of ppl who have just come from there saying it was fine. 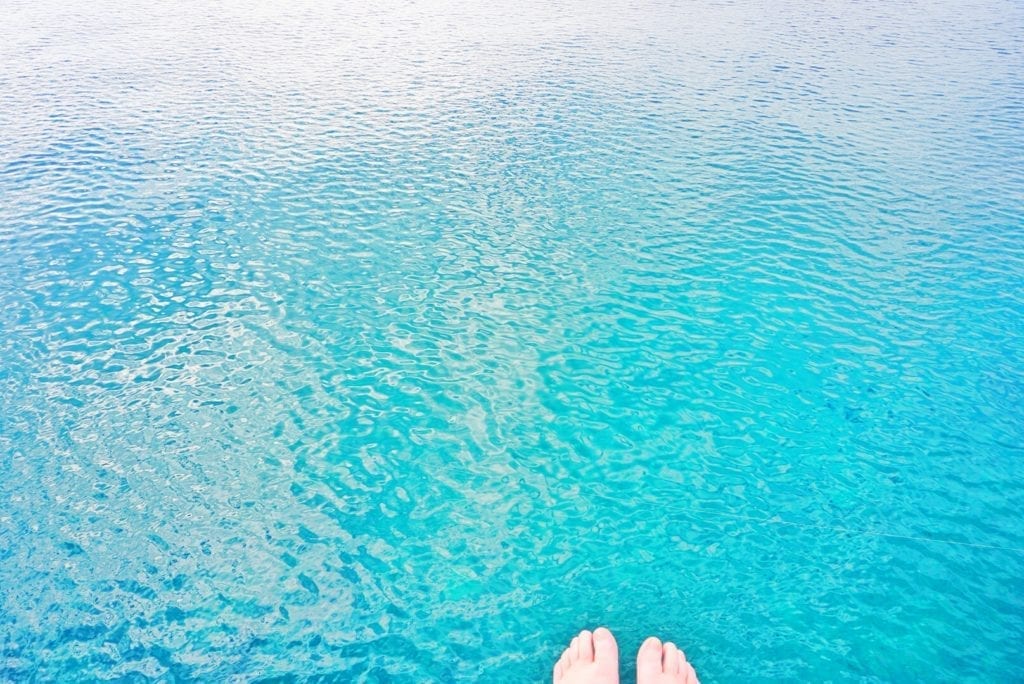 Then right after I clicked submit on my Turkish Visa and paid and everything I got a message from my friend Michael in Tel Aviv telling me about the bombing that just happened in Istanbul. It was so sad and I was also nervous thinking maybe I shouldn’t go. I slept on it though and woke up thinking positive about still going. Istanbul was on the absolute top of my bucket list for this trip and I didn’t want to miss it because I was scared.

Right after I made this decision, a Turkish girl joined my hostel room. She was SO NICE and telling me I should absolutely still go because Istanbul is so large that the chances of something happening to me is very rare! Mikael and I decided to still do it. I felt like it was a sign from the universe that I made the right decision. 😉 We are only going to Istanbul for this trip and I’m saving the rest of Turkey for warmer weather since it’s snowing most of the places I want to visit. 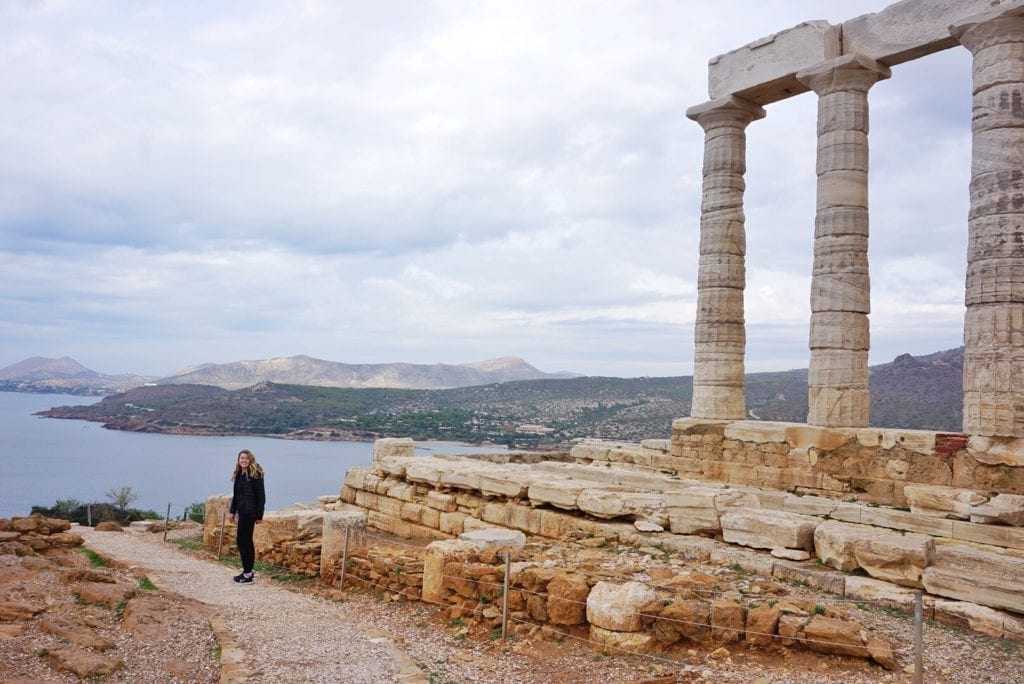 Anyway, tomorrow I’ll be traveling on a bus to Istanbul, Turkey from Thessaloniki, Greece.

We are staying about 5 or 6 days and then traveling on to Israel where we will possibly be spending Christmas/Hanukkah. Then we are doing a few days in Petra, Jordan and then off to Cyprus for a week of chilling out before heading to Thailand! I finally booked my actual flight to Thailand and got the best deal from Cyprus so I cannot wait!

I’m over my sickness that I swear I had for 2 months now that I’m in the warm weather and it feels great! I’ve been making sure to eat lots of greek yogurt, gyros and souvlaki while in Greece as well. My favorite dish of theirs so far is the moussaka. SO YUM.

Sorry for limited pics in this post! I need to get on my uploading!

As always you can follow my instas: @travelingspud or snaps: @kwilliams300