15 Things to Know Before Oktoberfest in Munich 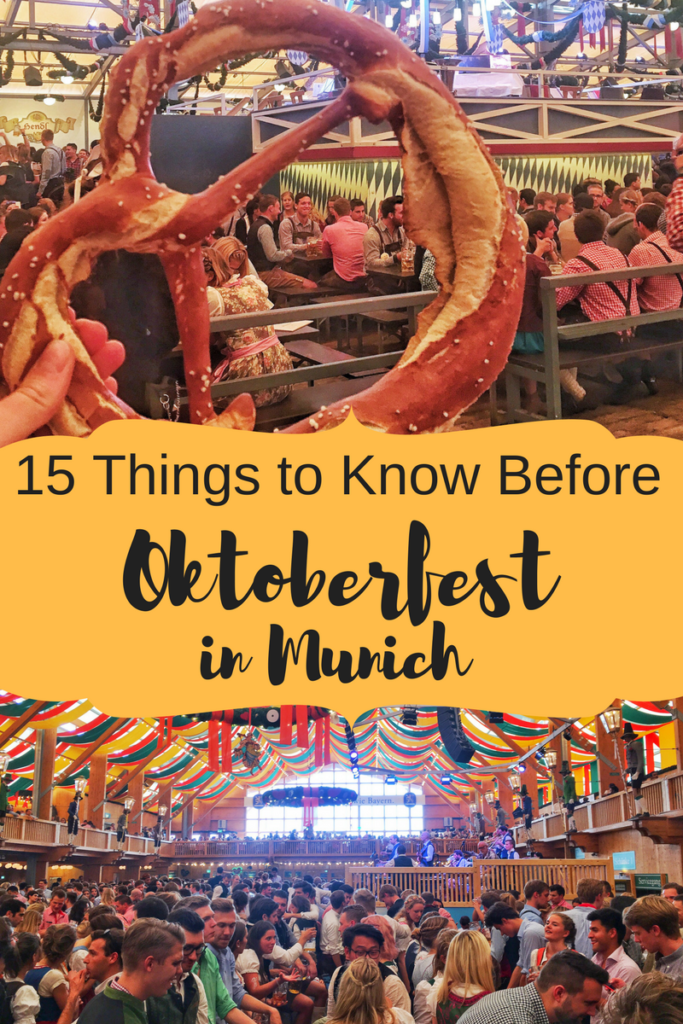 Ohhh Oktoberfest! One of the most fun bucket-list “check-offs” I’ve experienced and one of the best things I’ve done in my 20’s! If you’re ever in a situation where your friend asks you to go to Oktoberfest with them, you should most definitely 100% say “YES”!

BUT…you should also read my tips below so you leave Oktoberfest in Munich with all of your limbs and also have the best time of your life. I promise you won’t regret it!

My trip ended up being during the closing ceremonies which are held at the end of September and beginning of Oct. I had an absolute blast with a big group of friends and it was the perfect way to begin my around the world trip. To see our experience, check out the video below that my friend Kurt created.

I flew into Frankfurt (it’s cheaper than Munich) and then drove down with my friends, but you can also take the train down!

15 Things to Know Before Oktoberfest in Munich 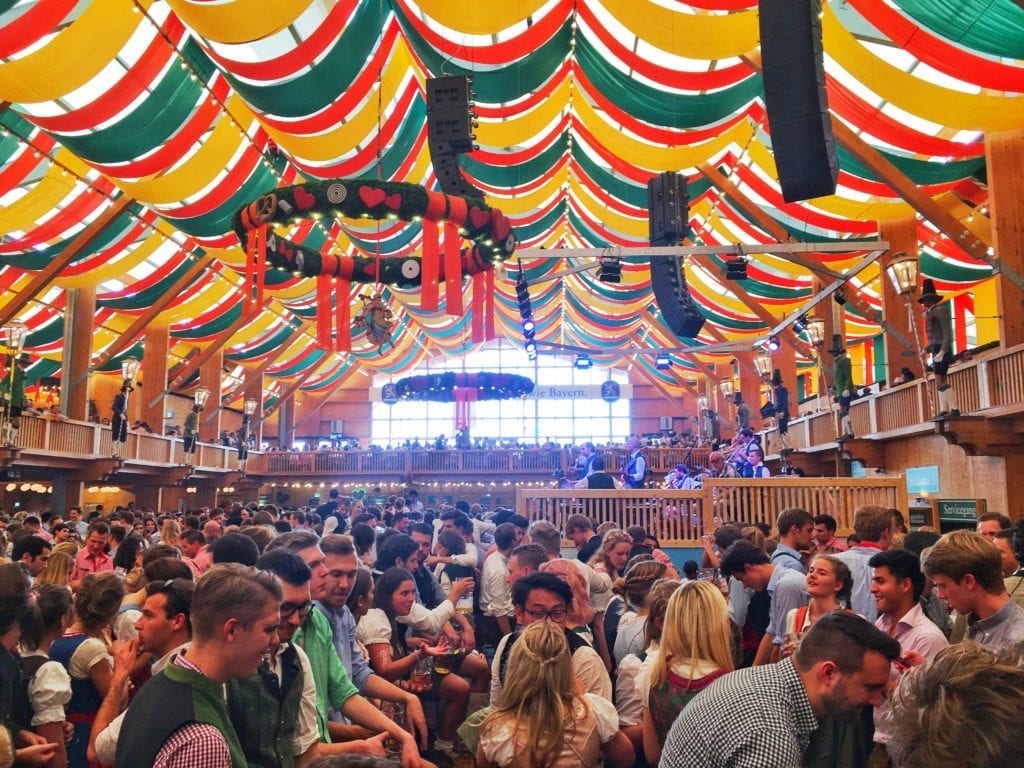 (1) The most “German” tent is arguably the Schützen tent.

line outside of this one is crazyyy. I would recommend going to this one if you’re actually with a German person. 🙂 Other popular ones for travelers or foreigners looking to meet people and have a fun time are: Lowenbrau, Hofbrau & Hacker-Pschorr tents. All tents are awesome if it’s your first time, so don’t worry about getting into the ‘hottest’ tents. 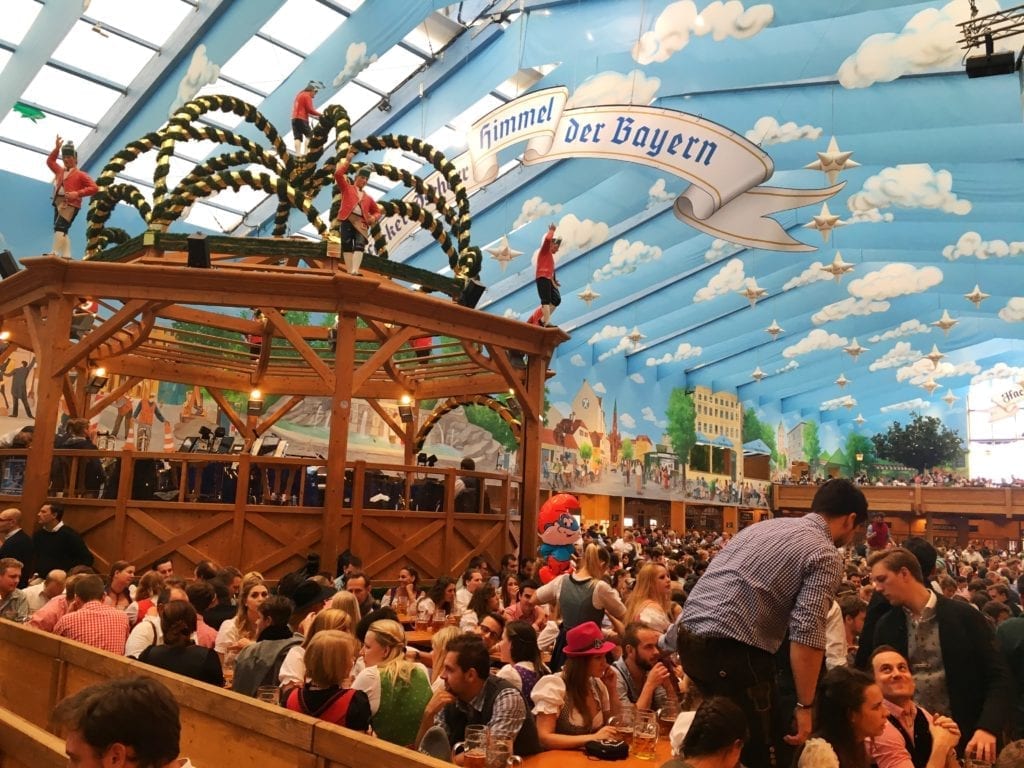 (2) To get a table you need to make a reservation.

Sometimes if you just go early you’re also likely to get a table. We had a huge group so we started at one of the less popular tents and got a table and then ventured to a few other tents where it was a bit harder, including Schützen. 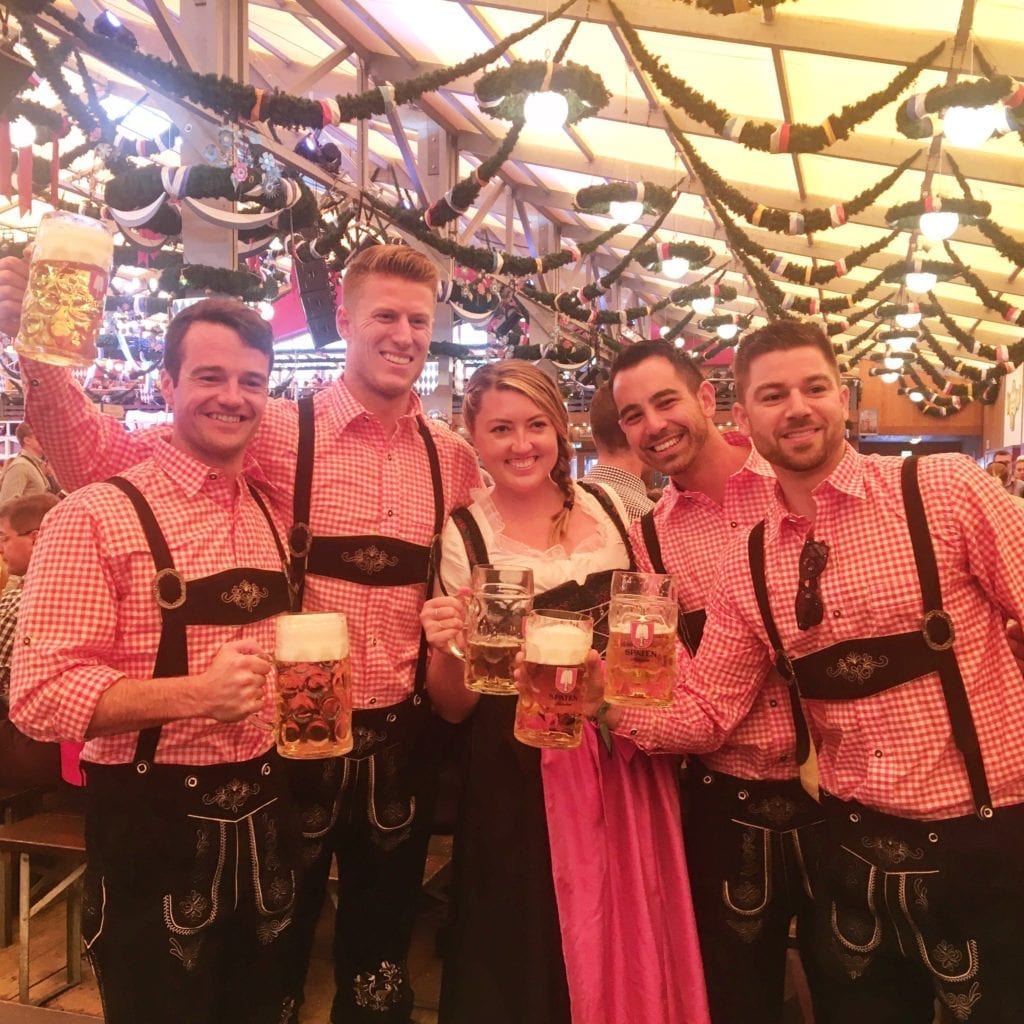 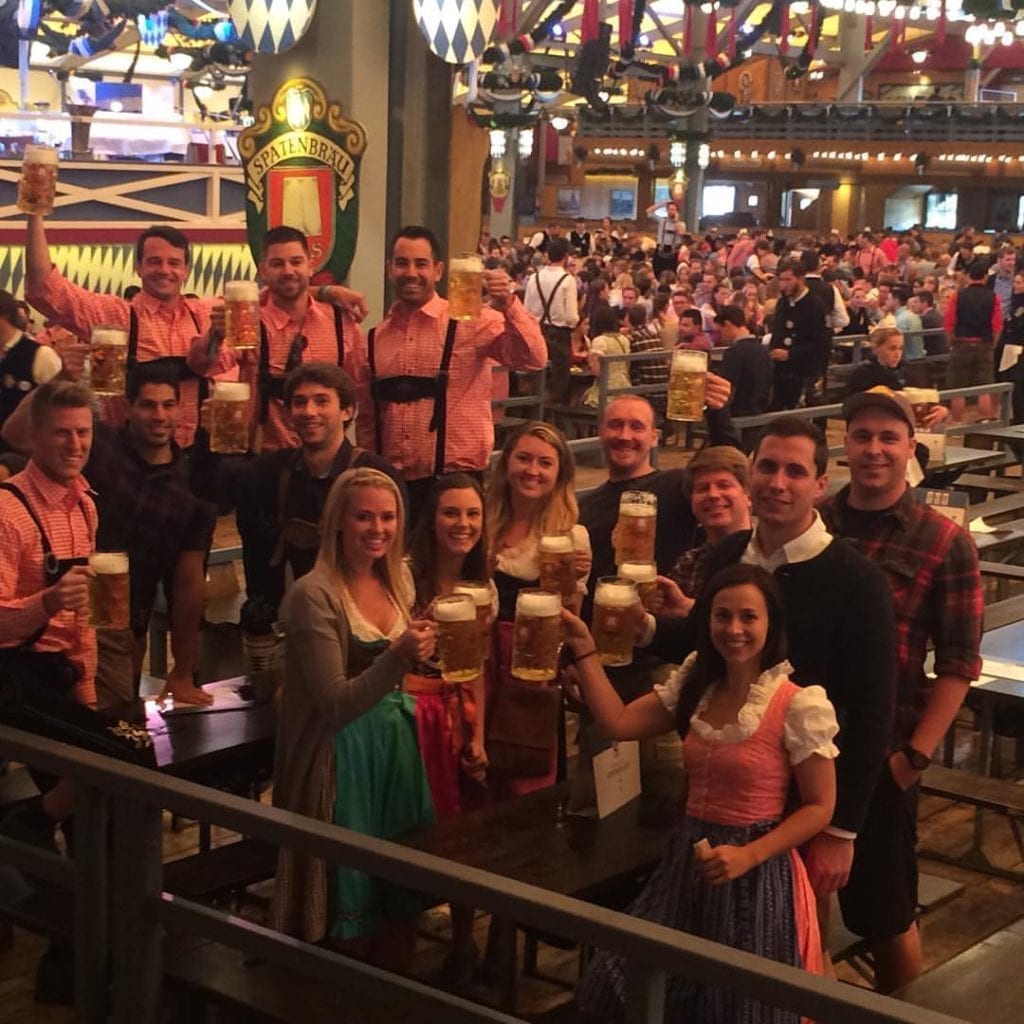 (3) Wear a real lederhosen and dirndl. Or don’t wear anything.

Not naked you dirty mind…go in plain clothes instead. People who wear the ‘halloween costume’ version of the lederhosen and dirndl get weird looks from the Germans. 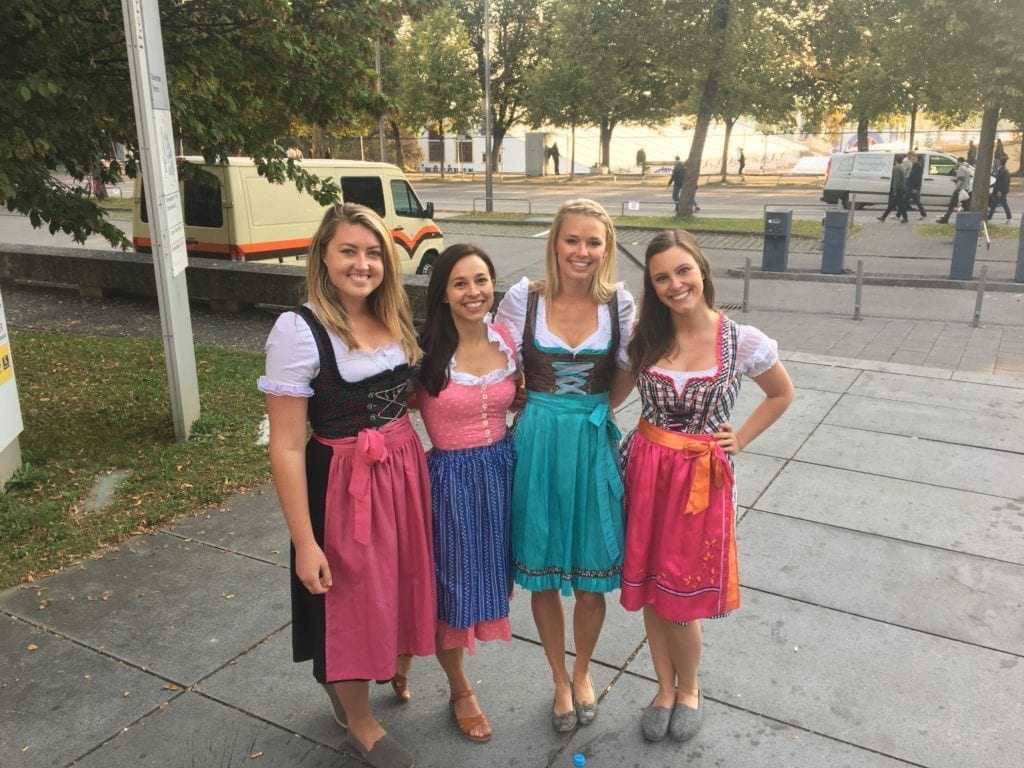 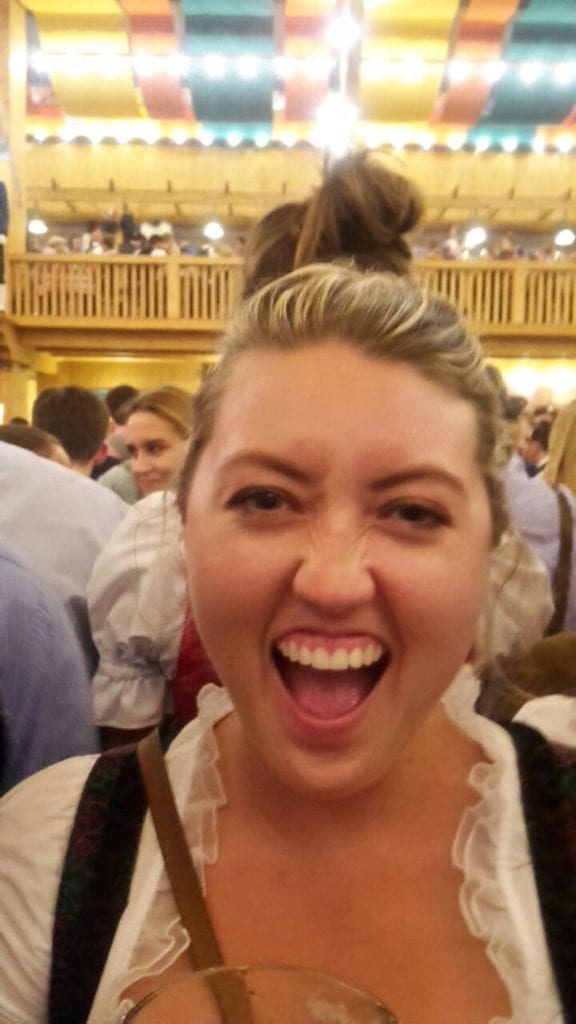 I had a blast watching the whole thing end and each tent has their own closing ceremony tradition. I’m sure this is similar to opening ceremonies.

(5) It’s really hard to get water throughout the day so try and get your fill before you go.

Sometimes they do bring you water though but you have to payyyy. 🙁 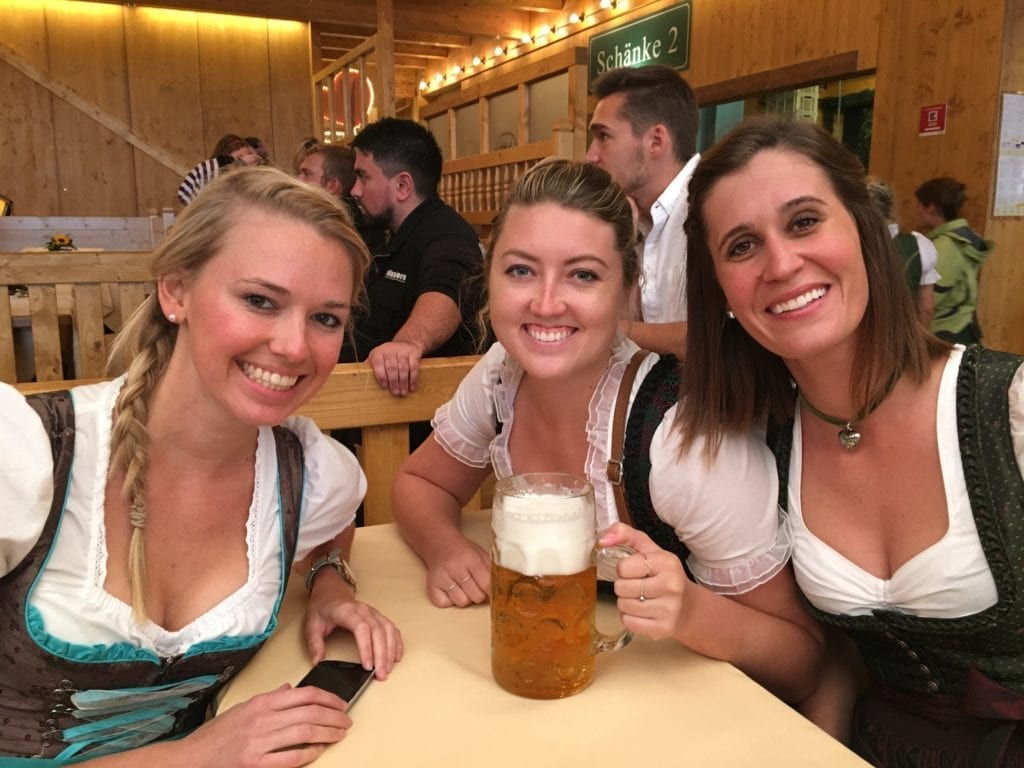 (6) Once you leave a tent, good luck getting back in.

It’s peppermint that apparently makes you get a bit more energy and wakes you up for about 20 seconds.

(8) Everyone stands on the benches

So if you do decide to sit be careful of shards of glass from broken mugs.

I broke a guy’s mug because I clinked from the top. Always cheers and hit the two bottoms of the glass. 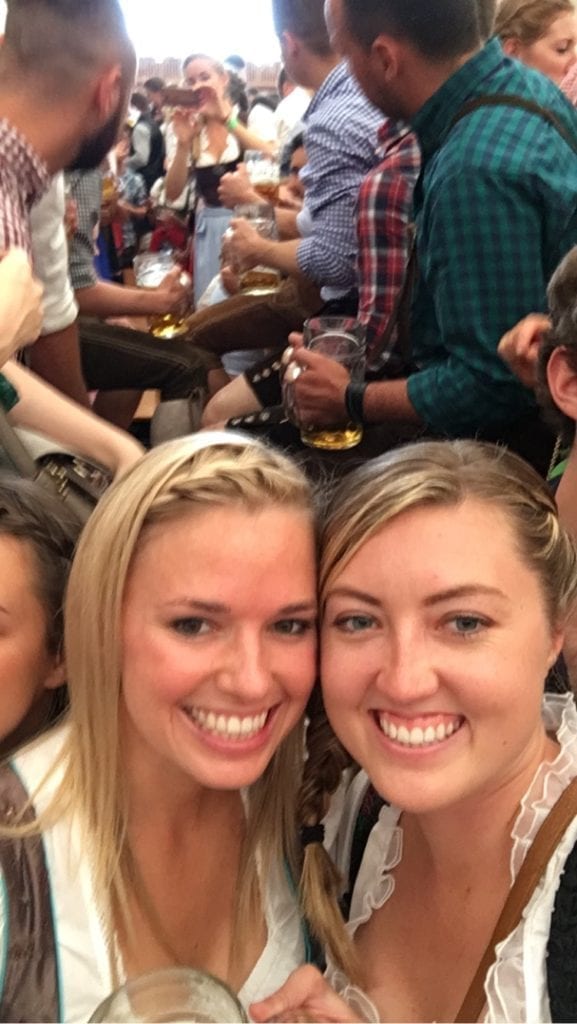 (10) I learned this the hard way, but if you have a new beer and a small bit of beer left in your other mug, don’t drink it.

German’s call it the ‘shit beer’ and you will look totally American or Australian or from another country that finishes their entire beer before going for their new one (lol). 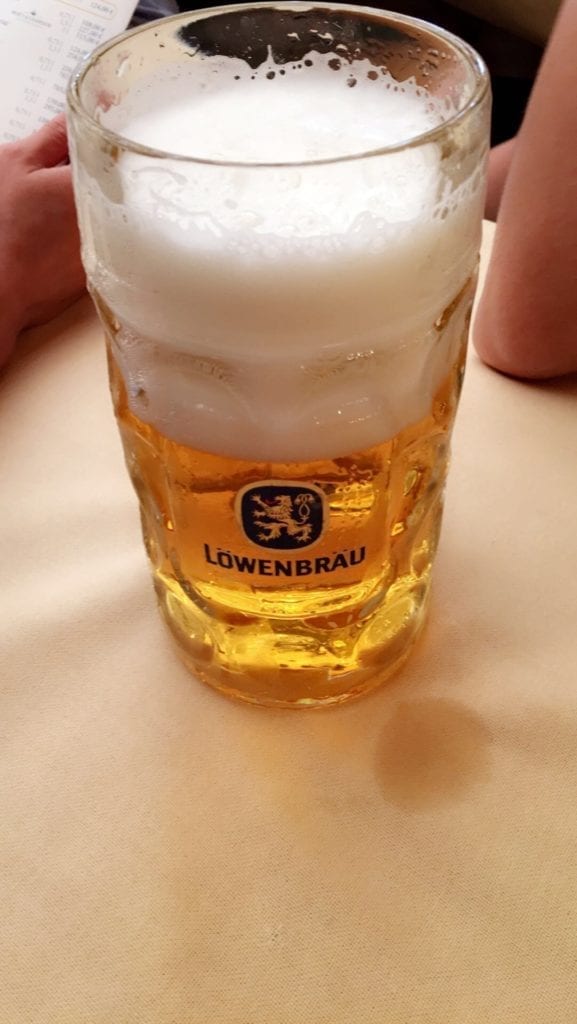 (11) Get a pretzel AND the half chicken.

Both are a must to stay alive. 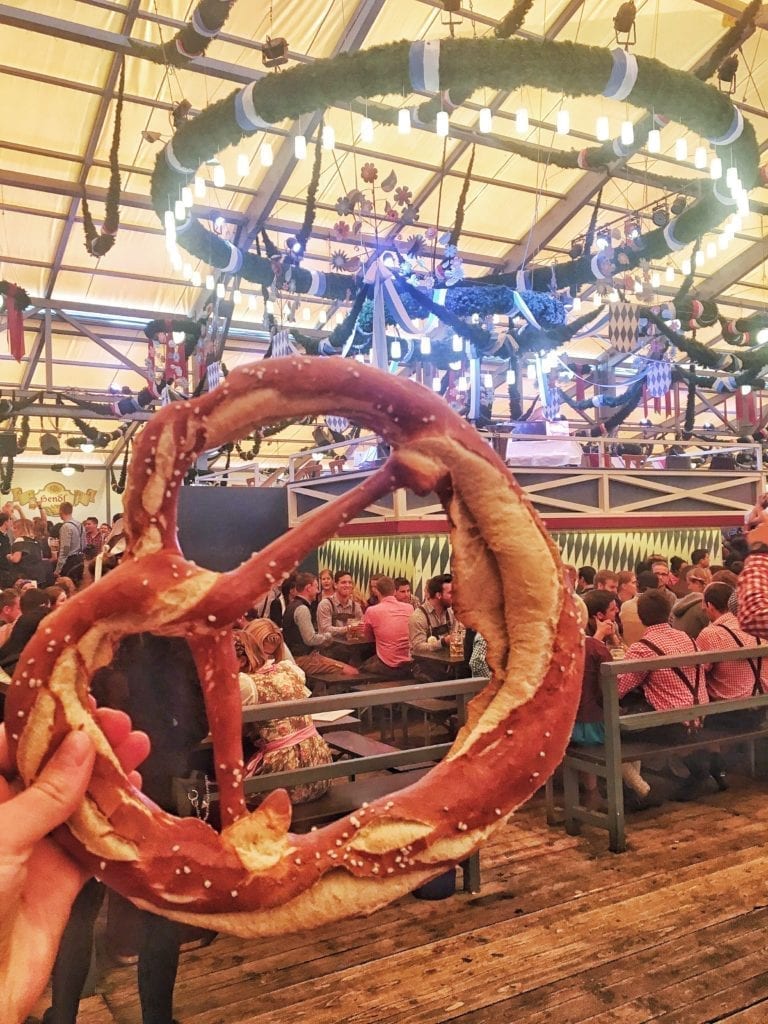 (12) Tip your waitress well so that she comes back!

I loved them even though I was tipsy while I was on them and probably shouldn’t have. Honestly surprised I didn’t vom, but they were so fun. 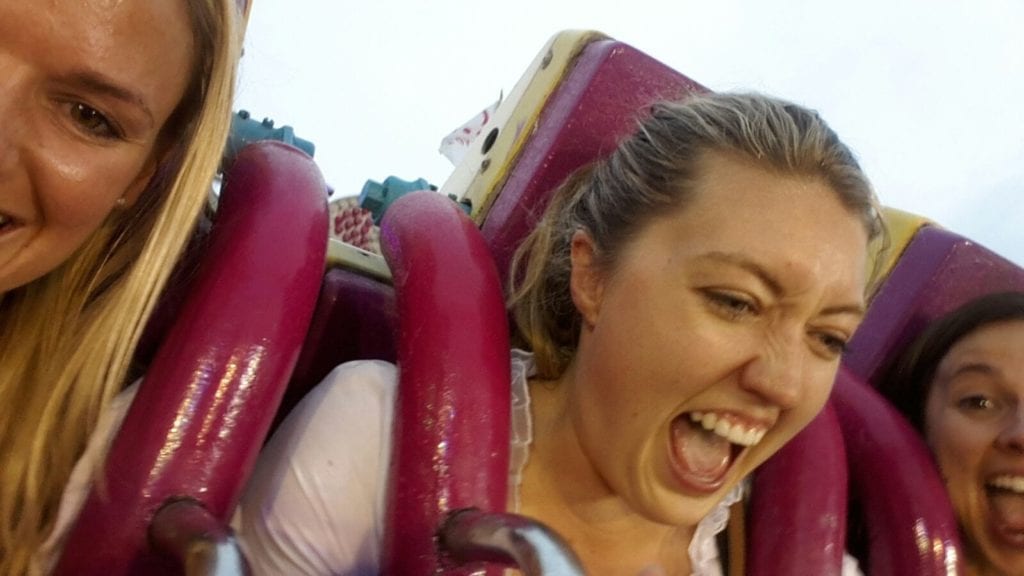 (14) Some people seem to think you need tickets to get into Oktoberfest, but you don’t!

Only if you want a table then you have to pay in advance to get one. Other than that you just show up and get your PROST ON! But, I do advise you to book your accommodation early because hostels sell out. Airbnb is another good option, check out my Airbnb link for $40 off your stay!

(15) HAVE A BLAST and check out my video below to see how crazy it gets!

Why Salzburg is My Favorite City in Austria

How I Saved $35K to Travel the World

5 Things You MUST Do in Frankfurt Germany

The Most Livable Cities in Europe: A City Girl’s Guide